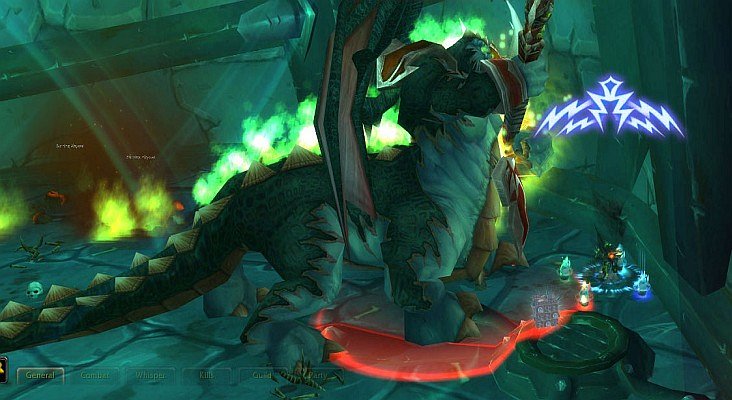 Now that everyone had a good start into the cataclysm, reputations have been farmed, some gear has been acquired and people look at other ways to spend their time I found it interesting to check which Level 70 raid bosses can be solo’d for fame and fortune.

Even though raid bosses do not hit hard, there are often mechanics that can make such a fight rather tricky. I’ll post here which bosses I managed to take down. Doom Lord Kazzak and Doomwalker are outdoor world bosses and spawn roughly each 3-4 days.

Easy to clear up to Chess Event, no special tactics required even 😀 Can easily be cleared up to Nightbane within 15 minutes (if you are looking at earning a good fast 200g + possible mount from attumen)

This World Boss spawns in Hellfire Peninsula and has 2 mechanics that can make the fight rather tricky for us.

This means you can’t just mindless drain your mana and you need manage it and that you need to get rid of Twisted Reflection asap. It is a magical effect, which means we can’t easily dispell it each time it is applied. The Glyph of Shamanistic Rage, which will remove 1 magical debuff is a good choice here and the Restorative Potion, which can be prepotted. Alternatively you may pop earth elemental and have your wolves use twin howl to avoid you being hit and thus kazzak getting healed. 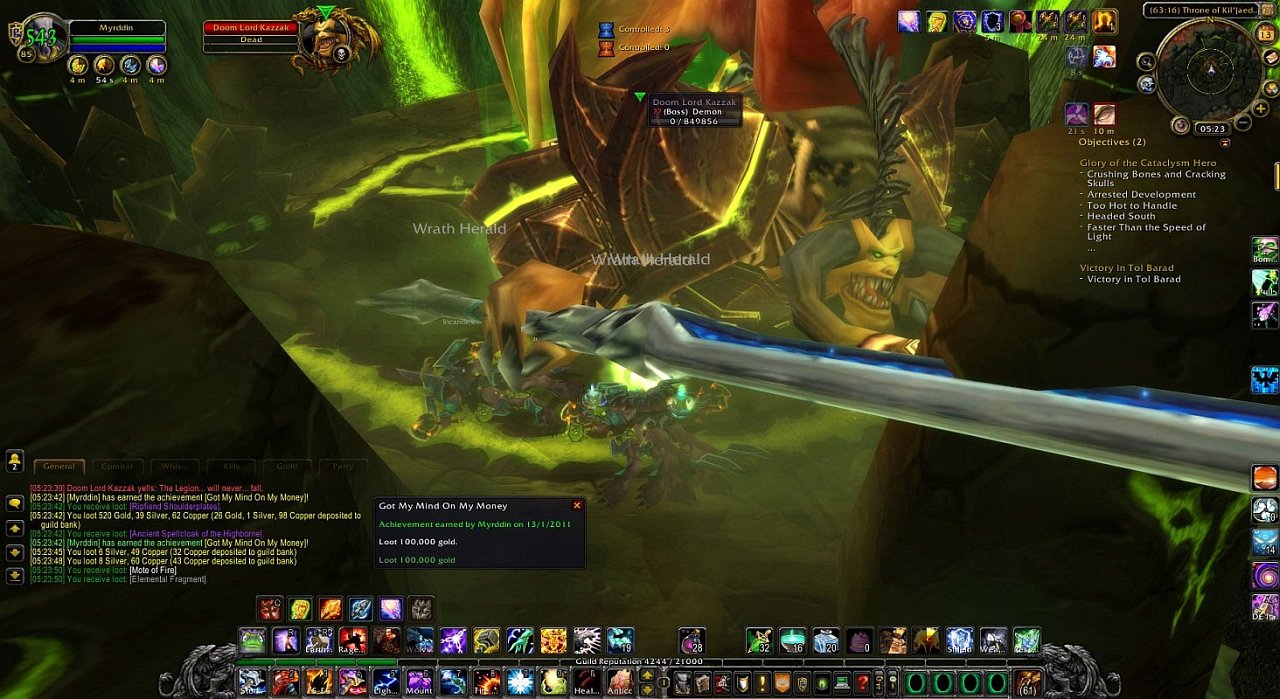 This World boss in Shadowmoon Valley is probably the easiest to kill. He only does some damage, knockbacks and occasionally kills your totems.

These are the only somewhat tricky abilities. Reduced Armor and Frenzy on top can lead to 10-12k Melee hits. Crush Armor can be Dodged and parried and usually refreshes 4-5 seconds before running out. If you time your earth elemental or spirit wolves twin howl you can easily reset stacks this way. Personally I save heroism and wolves for the enrage phase and pop it around 25% just before frenzy activates. 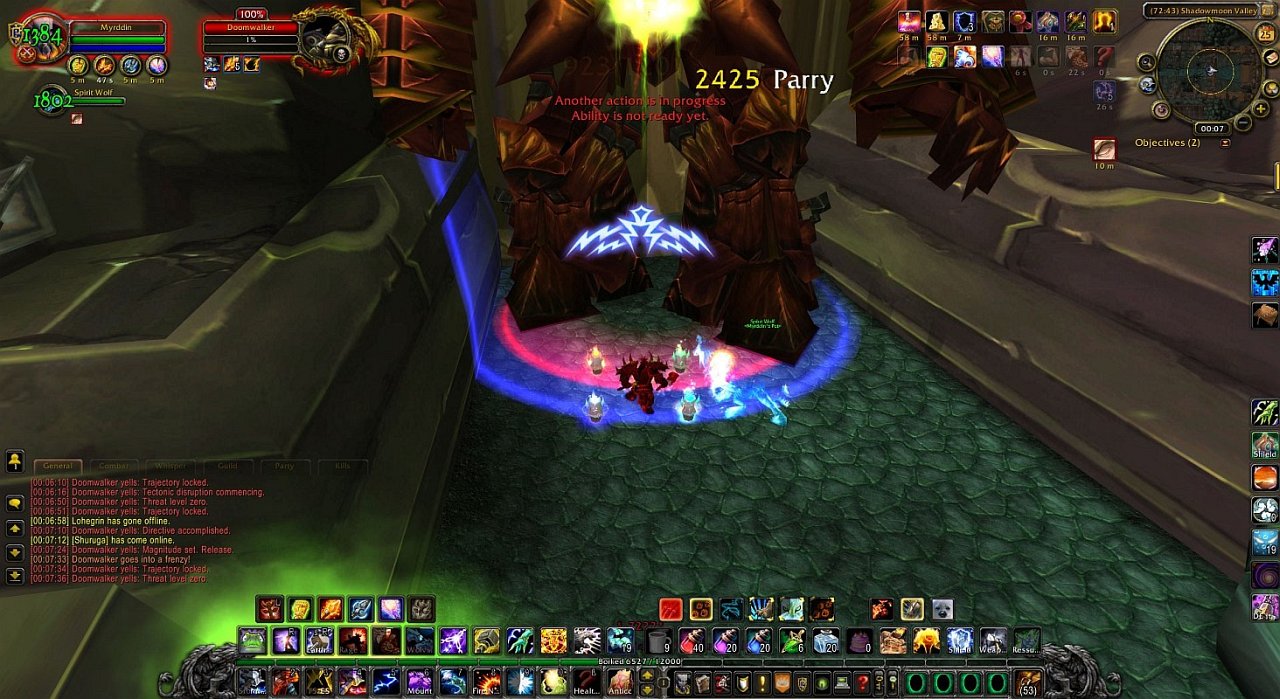 Personally I found Magtheridon quite hard to solo. The problem lies not at Magtheridon himself, but at Phase 1 when you have to kill 5 Channelers, which will heal each other. We simply do not have the aoe to kill them like Rogues would, or just tank everything which might be the best tactic for a tank specced character.

It took me a bit to find a proper way to do it. I start the fight using wolves on a distant channeler which will then aggro all other channelers and have them run there. I pick up of of them and can kill him, interrupting his heal, just before the wolves run out/die. Then I pop earth elemental and pick up another Channeler and pull him away and kill him.

By then a lot of Infernals spawned (they despawn after a while, just ignore them) and you need to manage the remaining channelers somehow – which is the tricks party. Don’t forget searing totem for large lava lashes, to slice through the self healing threshhold, since the channelers will no longer be separated it is nearly impossible to interrupt them all at once.

Don’t forget your defensive cooldwons and self healing. The shear amount of mobs can drain even large health pools fast. I like to use the Agility scrolls from inscription as Battle Elixir and the Prismatic Elixir (90 Resistance) and Healing Stream Totem Glyph to avoid most damage coming from Infernals / Shadow Bolt Novas.

Magtheridon himself is no problem, blastwave hits for less than his melee hits, so there is no reason to interrupt it. Try not to stand in falling debris or fire. 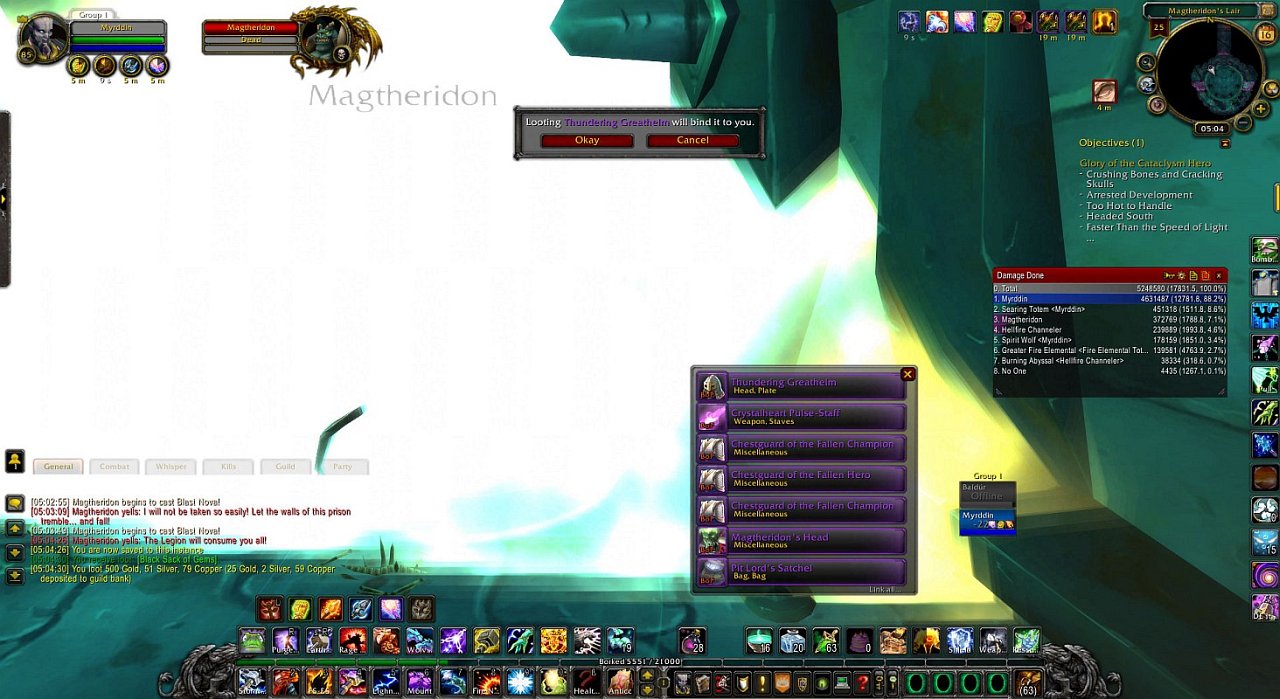 Magtheridon drops, like Doomwalker or doomlord Kazzak, 480-560 gold and some vendor epics (void crystals sell less than the epics here at least).

Soloed these bosses so far: