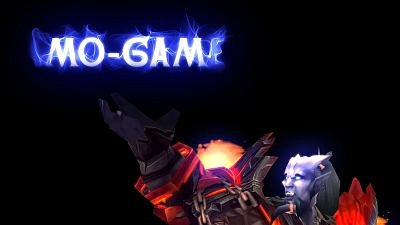 If you have seen some of my videos you’ll notice that I like to have a special into. The very first videos were pretty basic, but they became more complex over time. When you look around the internet you’ll notice many real cool intros popping up. Tools like adobe after effects make it possible to create incredible effects without having to own a Studio in Hollywood 😀

I liked my old Intro a lot, as it showed my whole WoW-Career … each second I’d show a big step in my account development. At first as mace rogue Slant, joining Borked, then playing my Druid Pathfinder in Wicked and finally Myrddin. On the other hand it is not quite on the technical level it could be, especially considering 1080p full hd.

Hence I have been spending a lot of time looking for some nice effect to adapt. Jsut giving you a first impression here. It is far from done, but the general idea stands I guess. Probably the first 5-6 seconds are all right so far, the rest is just a place holder. What do you think?

Update: Another Approach V4!
The idea is to have Myrddin eventually wield an energy ball … the background blueish gradient has its center above the hand.

Update: Even Another Approach V5!
The shadows in V4 had to be manually calculated by me (haha, call me math geek, I worked on the formulars all night) in relativity to the light source, but the whole project was 2D … the absence of search resutls in google for „calculate dropshadow after effects“ should have been an indicator that there is an easier way to do things 😀 Like this!