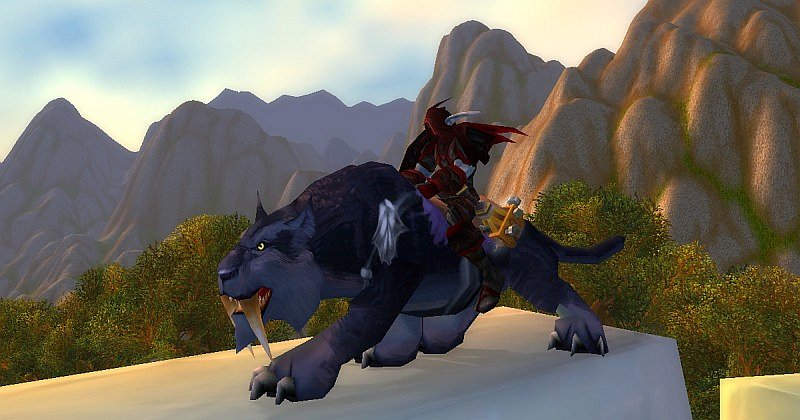 You probably wondered why I haven’t posted about World of Warcraft in a while. The simple truth is that my motivation has been steadily declining with the lack of updates and content. Just do the math, from November ’11 to Sept’12 that is 10 months and fees without new content …

What? You stop playing?

Well, do your own math! 10 months without new content, not even a single boss raid, or new 5 man instance … we are talking 130 bucks. Blizzard is good at giving promises, „new content faster than ever“, etc but Cataclysm turned out to be a total disaster update-wise.

Of course there are costs for maintenance and support. But recall your past experience with customer support and ask yourself if it was worth that much money.

On top of that I have spent 1100 days at this game, know pretty much everything and have many fond memories, maybe it is just time to change. just have not felt like logging on for quite some time, even lost a good 700k worth of mats in mails just because I did not bother to take them out 😀

FS and his Worldfirst Level 90

The last nail in the coffin was how Blizzard treated FS. He has been realm first in vanilla, burning crusade, wrath of the lich king, cataclysm and became world first in mist of pandaria. Pretty sure he’d have become world first in previous expansions if he wanted, but he is a team player and leveling in groups was more important than that.

This year with Borked pretty much disbanded he decided to try it out. It is not like „lol, I am gonna try to be realm first“ and just try it. It requires extensive planning. He knew tested all the quests, instances, grinding each patch to find out the optimal way to level up. He spent days of theory-crafting and came up with the well known tactic at the Shamans.

Since he was so insanely fast Blizzard just reset his Druid from 90 to 87 and he has yet to receive an answer on the subject. I mean, it is not a standard ticket, but world first Level 90, had he been in Paragon or an equal guild that receives „premium“ contact to blizzard then it would have been resolved by now.

That is where I find WoW so extremely unfair … the 10 worldfirst level 90 did similar tactics and FS can prove that he can repeat the stunt with similar leveling speed, but up till today he has been hit only by silence. It is very annoying.

I refuse to give Blizzard more of my money, that is really the only language they understand and I’ll close my account. Browse the site, you will find many fond memories and I had a great time with the game. I’d like to thank all the people I have played with, you know who you are! And also my visitors on this site for their questions and input. I am sure we will meet again …

Don’t get me wrong, I can understand that players still like World of Warcraft and I am sure it will remain the most popular MMORPG for years and I wish you a lot of fun with the game.