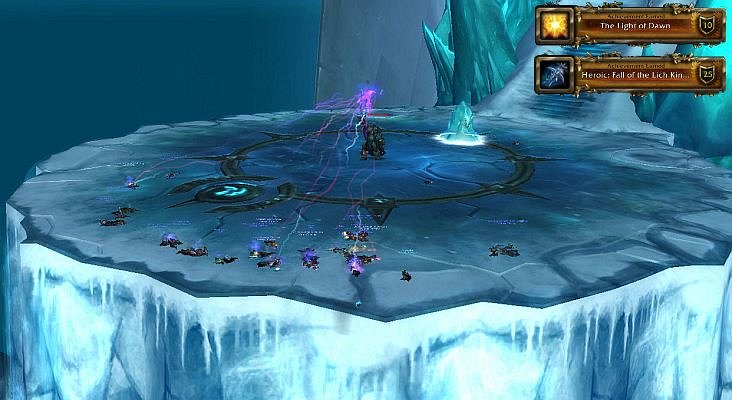 The Treebearman Pick up Group on EU-Ravencrest has completed another Milestone, Arthas – The Lich King has been defeated on heroic difficulty in 25 player mode.

The group’s raiding schedule, Fridays & Saturdays from 15:00-18:00, did not leave much time for practice.

3-4 weeks ago I had been complaining to a friend that we would never kill this Boss, especially with this group. I complained about the focus and the lack of killing spirit. Apparently I was proven wrong and everyone pulled themself together and improved focus many times over.

It was a bit frustrating at times to have to learn to kill the Lich King a second time, as it seemed that people weren’t serious enough about it. Even 2 weeks ago, due to the nature of a pick up group (PuG), we had new to the fight players triggering shadow traps many times or sucking with plague.

Last week though everything seemed to go much smoother than the weeks before, we had some phase 3 tries and one wipe to enrage at 13% with a few early deaths.

Today’s raid was terrific, even though we lost a few people here and there 😀 We had not a single wipe and every boss died fast. After 2 hours we stood face to face with Arthas.

Despite someone stepping on a shadow trap and some deaths the fight went surprisingly smooth. It is a good sign when you see Valkyrs being stopped quite fast or you see raging spirits during second remorseless winter die fast. In fact, when we got sucked into the Frostmourne room we had only 1 Raging Spirit left, which is usually a good mark to judge dps.

So far so good! 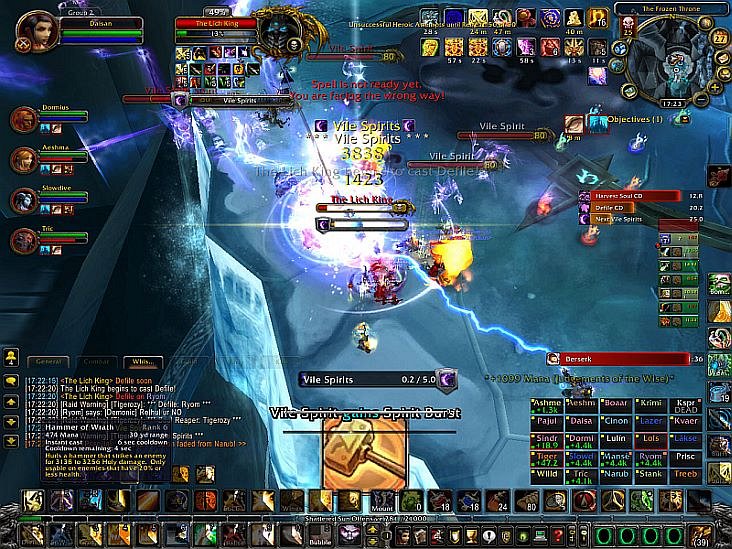 We lost some more people to first Vile Spirit Phase, but we were unstoppable, everything went almost too good. Then Arthas was defeated. 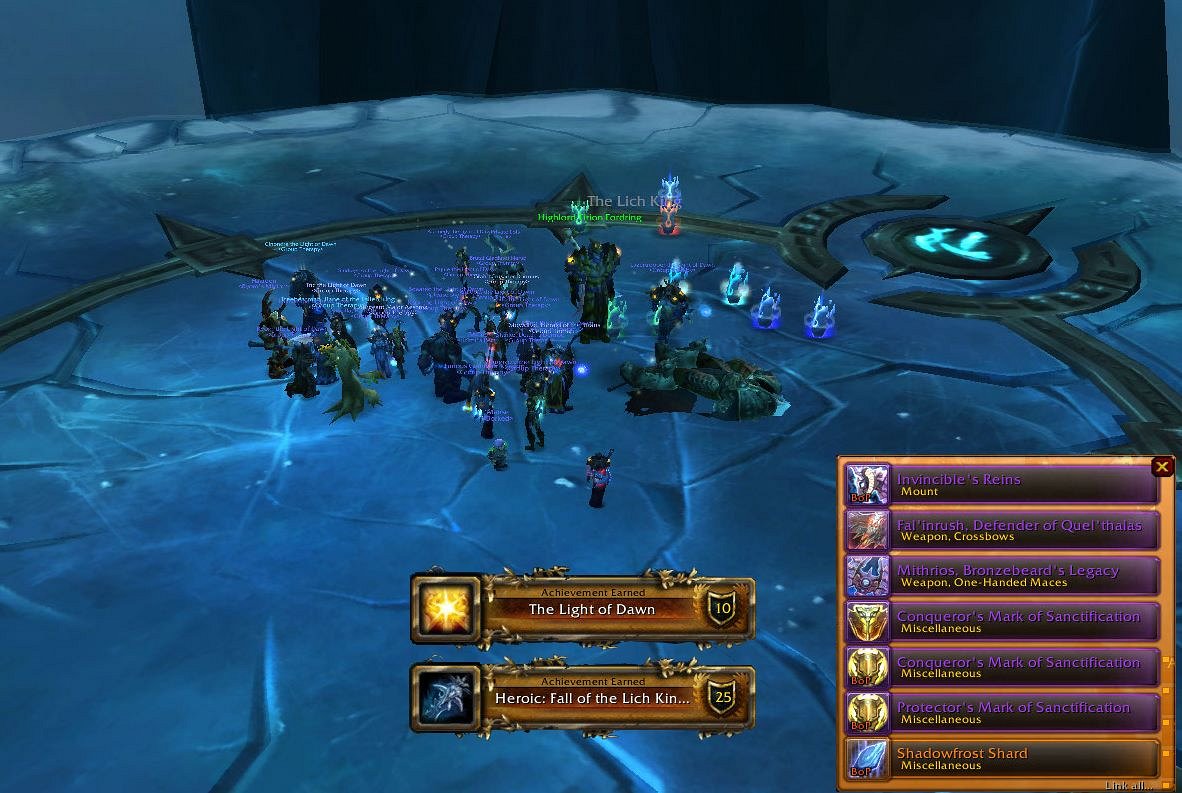 Not the average PuG

Do not get me wrong, this is no average trade chat pug. This PuG’s core is made of Alts from experienced players or former raiders. The past achievements assured a steady flow of new players to fill the raids. This brought the PuG over time to a pretty high standard. In fact, this is only the third raid to kill the Lich King on heroic difficulty on Ravencrest, a Realm with a good 16k Characters 😀

Congratulations Treebearman and the rest of the Pack! This is really well done! When will we see your Halion Heroic 25? 😀