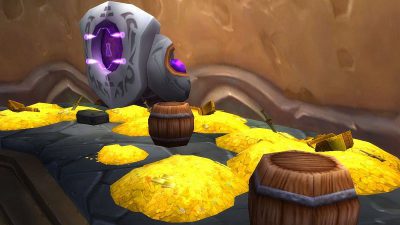 I know people are always doubting if my business model in wow really works. What I am doing it to keep stuff at a high price at the auction house and never undercut anyone. In fact my prices are often 5-8 times higher than normal and people often write me nice mails that I am crazy … but what can I say … it works!

How does it work?

During the Burning Crusade, my good friend Terrantal and me decided to take over the Auction House for Arcane Dust. It was quite a stunt back then, think we invested 17k gold, which was a lot back then and at least I could not have lasted 2 more hours before I was bankrupt. With tons of Enchanting mats in store I posted auctions with 2 price ranges. One expensive one and an even more expensive one to make my other auctions look cheaper than they were.

Weird enough, the expensive auctions sold more often than the cheaper ones and soon we expanded to other branches. Today’s posted auctions value around 900k gold buyout.

This can work with nearly every product, that has a low auction fee or if the you can afford to have the item at the auction house for a very long time and still make profit.

Glyphs are a perfect example, since they have low crafting costs, their auction fee is next to nothing and the profits are huge. Another of my favorites are Blood of the Mountain, I buy them for 500g and resell for 1650g. It may take a while to get them sold, but if you do the math I can have them at the AH forever and still do profit selling them. 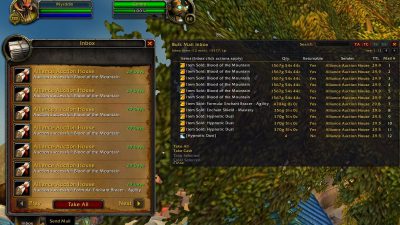 If you like to do old content, these turn out to be extremely profitable. For example Molten Core drops quite a number of recipes, e.g. Healing Power, Spell Power – which are the highest ones you can put on heirloom weapons. Illusion Dust (22.95g per 1) and Greater Eternal Essences (99.50g per 1) from green items and the above mentioned Blood of the Mountain. A single run can easily yield 6k gold if you are not in a hurry to sell items – 1 recipe 3950g, 1 Blood of the Mountain – 1650g, 3 Greater Eternal Essences 300g = 5900g without gold from bosses and vendored epics. 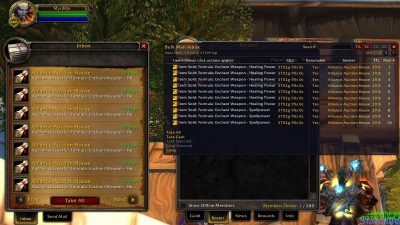 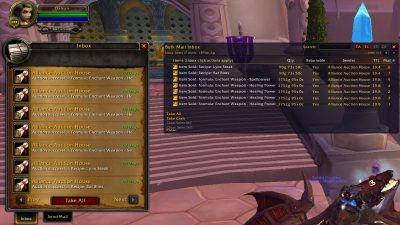 Of course selling items en mass is unlikely this way, but the auctions you sell will be extremely profitable. There are a couple of things you need to keep in mind. You need to be persistent, if you have only energy to do these things short term you won’t get happy doing it. You cannot afford to slack with these auctions, since you will only sell when:

This happens more often than you may think. There are days when you log on and have sales for 5-10000 gold waiting in your mailbox and you get this fat grin on your face. There is a quite a number of players who worked this business model successful themselves. You should really try it out.

You can probably earn a little more by crafting items yourself, getting enchanting mats cheap and fast but I prefer the lazy man’s approach and don’t waste time with that. Just buying stuff cheap then put it expensive on the Auction House.

The Story so far

If you have followed previous posts, you know that I had already 2 Million Total gold acquired in February and I took the opportunity of this post to create a new summary.
Since the last post in February I gained roughly million gold for a grand total of 3,110,276 Gold since the achievement system came live. This was 1145 days ago, averaging 2695 gold/day.

Here are the other stats: