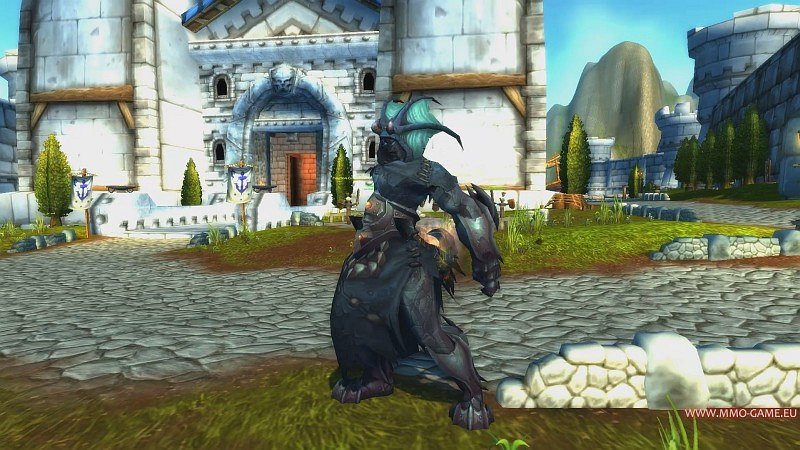 Sorry about the delay! It wasn’t in my hands, the stability of the European Beta Realm crossed my plans of presenting Ascendance as soon as possible. The most recent build 15589 caused severe issues and the realm crashed in 5-10 minute intervals, followed by unresponsive login servers. But finally all these issues have been overcome and I was able to level to 87 and here it is, the Ascendant of Air!

We have been waiting for this a long time! Ascendance is the new Level 87 ability for Shamans. Depending on your spec you can transform into an Acendance, a powerful Elemental, of an Element. Elemental turns to Flame, Restoration to Water and Enhancement into an Air Ascendant. Let us take a look at the spell:

5.2% of base mana
Instant 3 min cooldown

The Shaman surrenders his physical form to the power of the elements, transforming into a being of raw elemental energy for 15 sec.

While in the form of a Flame Ascendant, Lava Burst has no cooldown and Chain Lightning is empowered to become Lava Beam.

While in the form of an Air Ascendant, auto-attacks and Stormstrike deal pure Nature damage and have a 30-yard range.

While in the form of a Water Ascendant, all healing done is duplicated and distributed evenly among nearby allies.

At first it does not seem like such a big thing. But if you take a closer look you will see that our Stormstrike and Melee damage is mitigated by Armor. So basically by converting these attacks to nature damage it is like fighting an unarmored target and getting full benefit from mastery, ~ easily +50% extra damage, even with bad gear.

And here is what you most likely came for! A short video featuring the Model and showing Ascendance in action.