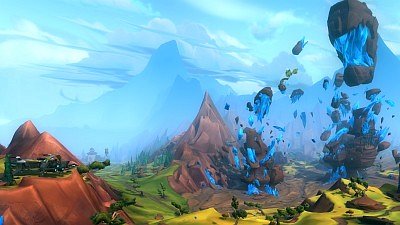 If you paid attention to previous Wildstar Wednesdays you noticed that the only zone we heard about was „The Northern Wilds“. For the Hoverbike screenshots Carbine Studios took us to a new Zone were taken in a new Zone and today we learn its name is Algoroc.

Fame and fortune has been a a strong motivator for humans and aliens alike. Abundance of Loftite drives adventurers from all over the galaxy to Nexus in order to secure their claim.

This may prove more difficult than thought. There is dangerous environment, influenced by the Borderlands, and the Deadstar Marauders are roaming the area to pillage and enslave. Everything is turning worse with more hostile factions looking to make some coin. 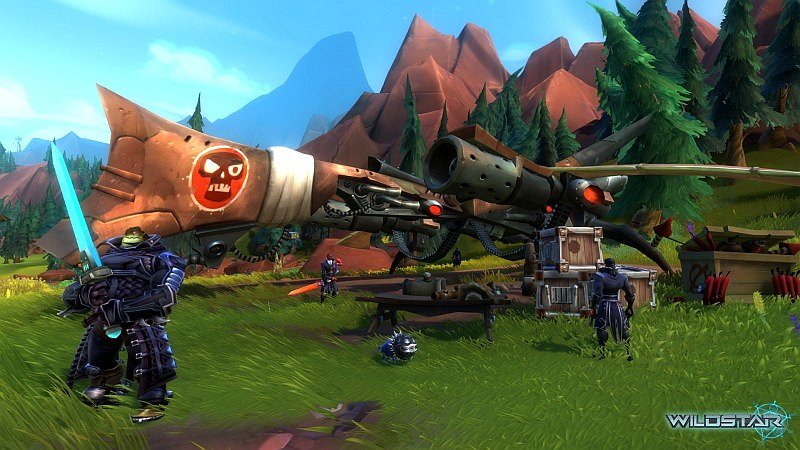 Loftite is not the only treasure that you can find in Algoroc. An ancient Eldan facility has been located in the western mountains and the Exile Academy of Science is busy a the excavation site.

You can read the whole overview and many beautiful pictures here!