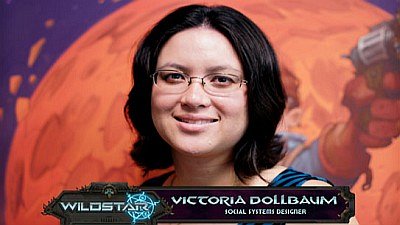 Since the very first moment that Jeremy Gaffney talked about being the first MMO with a special social designer I have wondered what this person’s job was. To be honest I am not a real fan of facebook/twitter and co and I feared that it was some useless connect to these kind of social networks. Fortunately This week’s Wildstar Wednesday clears things up for us.

As some of you know, I belong to the first generation of computer gamers and also been one of the pioneer online and mmorpg gamers. A lot of things have changed since then, some good and some I personally don’t like.

One thing that I look back to is how players treated each other back then. With no possibilities to change your shard/realm/server or rename your character your actions always came back to you. Loyalty, friendship your guild meant everything. You did things for fun and not only because you were rewarded with some items/xp/rep … Even years after we stopped playing, there were yearly real life guild meetings.

Over the years, I have been in a stable guild since vanilla wow, you have seen how things evolved in wow. Especially in the recent time there is a lot of coming and going on big realms like Ravencrest. Before you knew their names guilds have been built, fell apart, rebuilt, fell apart, etc …

Ah well, so much talk but the point is that Wildstar keeps these things in mind. This is what the social designer encourages, players interacting with each other. This means that guilds will not be just an addon, it will play – if you so choose – a central role and I am happy to hear that.

Let me find the quote quick:

Joining a new MMO nowadays, it’s a very difficult task to get an established older guild to join and stay as a whole group. It’s an even more difficult task to recruit new, quality players when there are so many established guilds out there. With so many challenges introduced by the burgeoning social scene of newly released MMOs, and with so few of those games providing the tools that would allow players to make the connections (new and old) that keep them playing, it’s been important to us to keep those challenges in mind as we develop our social systems.

Among experienced MMO players, there’s a lot of nostalgia surrounding the older MMOs because the social systems they offered, provided, and forced upon players were vastly different than the systems found in current MMORPGs. These systems inspired loyalty, friendship, fear, hatred, camaraderie, competitiveness, pride, jealousy, adventure, love, sadness, and other powerful feelings in players. Somewhere along the way, MMOs have pared themselves down to a few basic social tools (chat, guilds, grouping) and a primary game type (solo play and questing) that no longer inspires those powerful feelings. Players overall are less involved, physically and emotionally, in the games they are playing.

After reading this part I was really happy, because it is just so true and I am quite happy that Carbine has these things on focus. Can’t wait to find out how these things play out. I’ll suggest you head over to Wildstar Online and check out the rest of the Interview with Social Systems Designer Victoria Dollbaum.