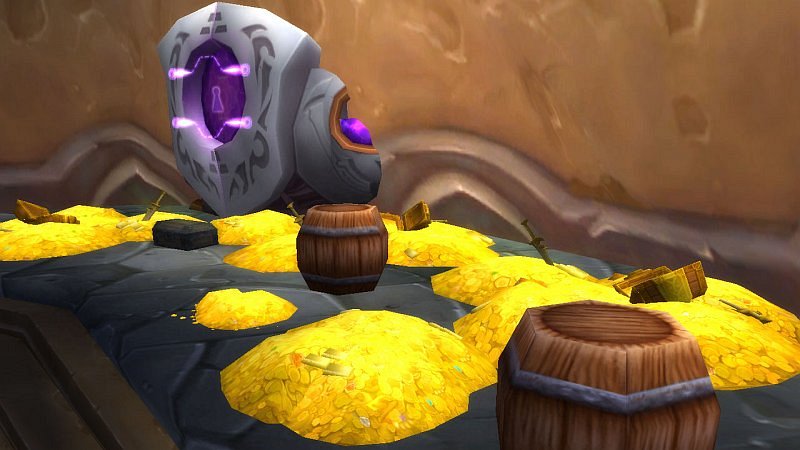 Lately I have been repeatedly asked if I already breached the 2 million total gold acquired mark. As you may know I specialize in overpricing stuff and prefer to sell 1 auction for 100 gold, than 2 for 50 gold. It is not the quick sale I am aiming at, but the lazy, unprepared customer who doesn’t care a lot what he pays for and wants item xy right NOW.
The launch of Cataclysm has given my price model a huge boost, even expensive materials do not seem expensive compared to some of the normal prices we see these days, at least on Ravencrest.

As you can see at the Summary below, the new solo abilities of my Enhancement Shaman provide a great income. At times I ahve 6500 gold looted per 7 days. Doomwalker, Kazzak, Black Temple, Magtheridon, Serpentshrine Cavers, Tempest Keep, Molten Core, Zul Aman, Karazhan provide a huge source of Gold looted for relatively small effort. Add in a few epics to vendor and the occasionl recipe (have one on ah for 30k gold atm) makes it quite worth the effort!

Another thing I have been doing regularly is daily quests for guild xp and gold as side effect.

Also I find it kind of interesting to see that Glyphs sell much better still than I could ever have imagined with the 4.0 Glyph System. Of course Blackfallow Ink is expensive, but I made all my Glyphs before the change and still earn a good 5k a week jsut by selling my old stocks. Illusion Dusts / Greater Eternal essences seem to have turned into decent money makers and the market seems to be pretty much dry at all times.

My 11000 remaining Infinite dusts haven’t sold that well, yet. But I suppose I’ll be able to sell them „soon“ as their price combined with cosmic essences and dream shard is slowly starting to rise.

By the time I finished polishing up this post I probably breached the 2 million 😀  Also you’ll notice some chars missing, Pathfinder for example my 85 druid alt, since he earned only 12k  and is below the 30k gold threshold. Also I was busy in playing the auction house before the achievement system came live.

Here is a screenshot statistic tabs: