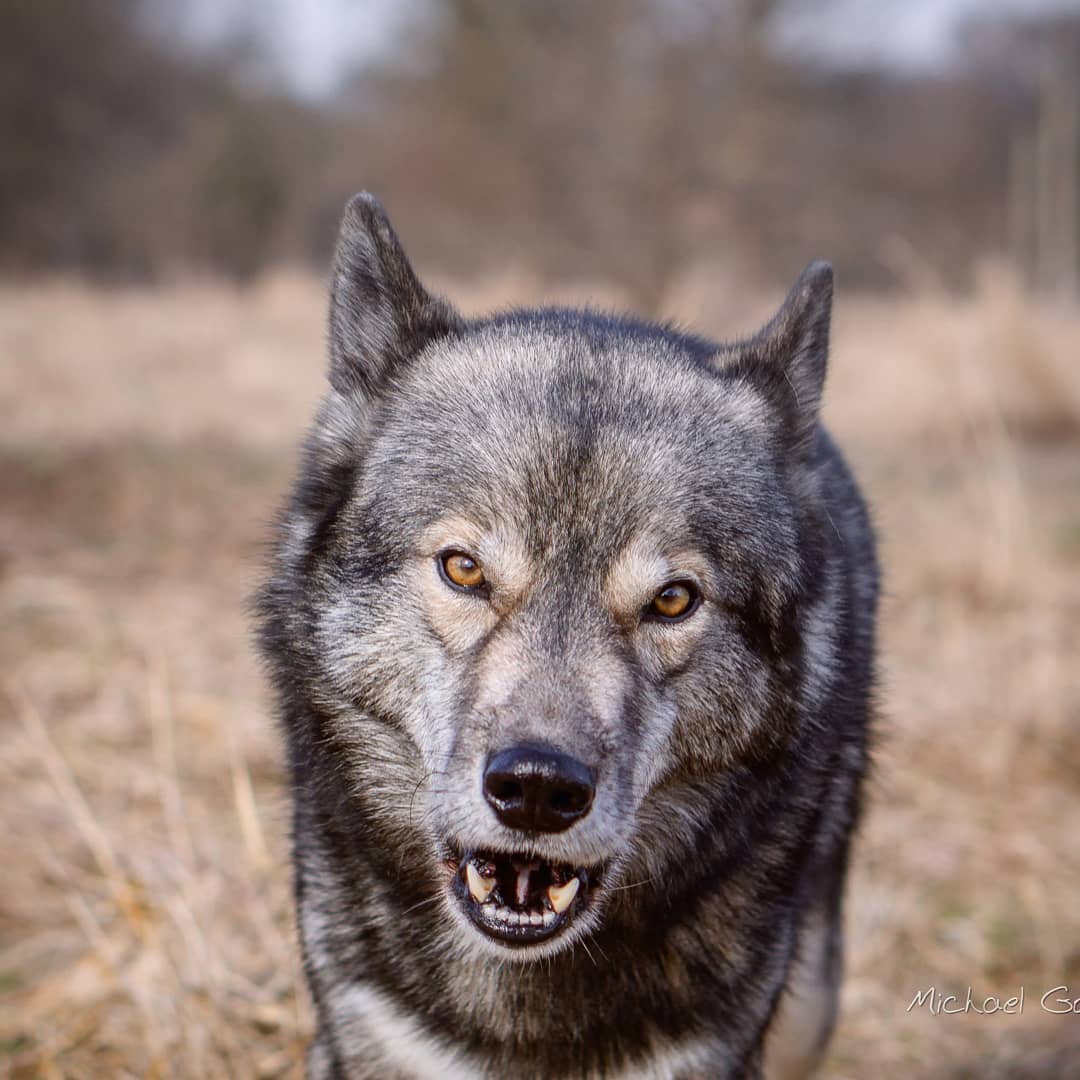 This is how Ninja looks when he does a ‚Woof‘. Unlike the other picture, where I commanded Ninja to woof and he was awaiting my reaction, this is his expression, after we goofed around and he already knows that I like his goofing around, because we goofed around together before I took the picture… There is no ‚expectation‘ in his eyes, just a sincere ‚goofy woof‘.
I think it’s important to differentiate, because of one being a reaction to a command and the other a mutual communication.
Someone mentioned that he looks fierce, but that is not the case… The muzzles are lowered, the nose is not wrinkled, the ears are not laid back aggressively, just a bit ’submissive‘.
.
How would you have described his expression?
.
Btw, You might want to check out our story of yesterday’s trip to the Black Forest… The video of me guiding Ninja to pose on a rock is cute.