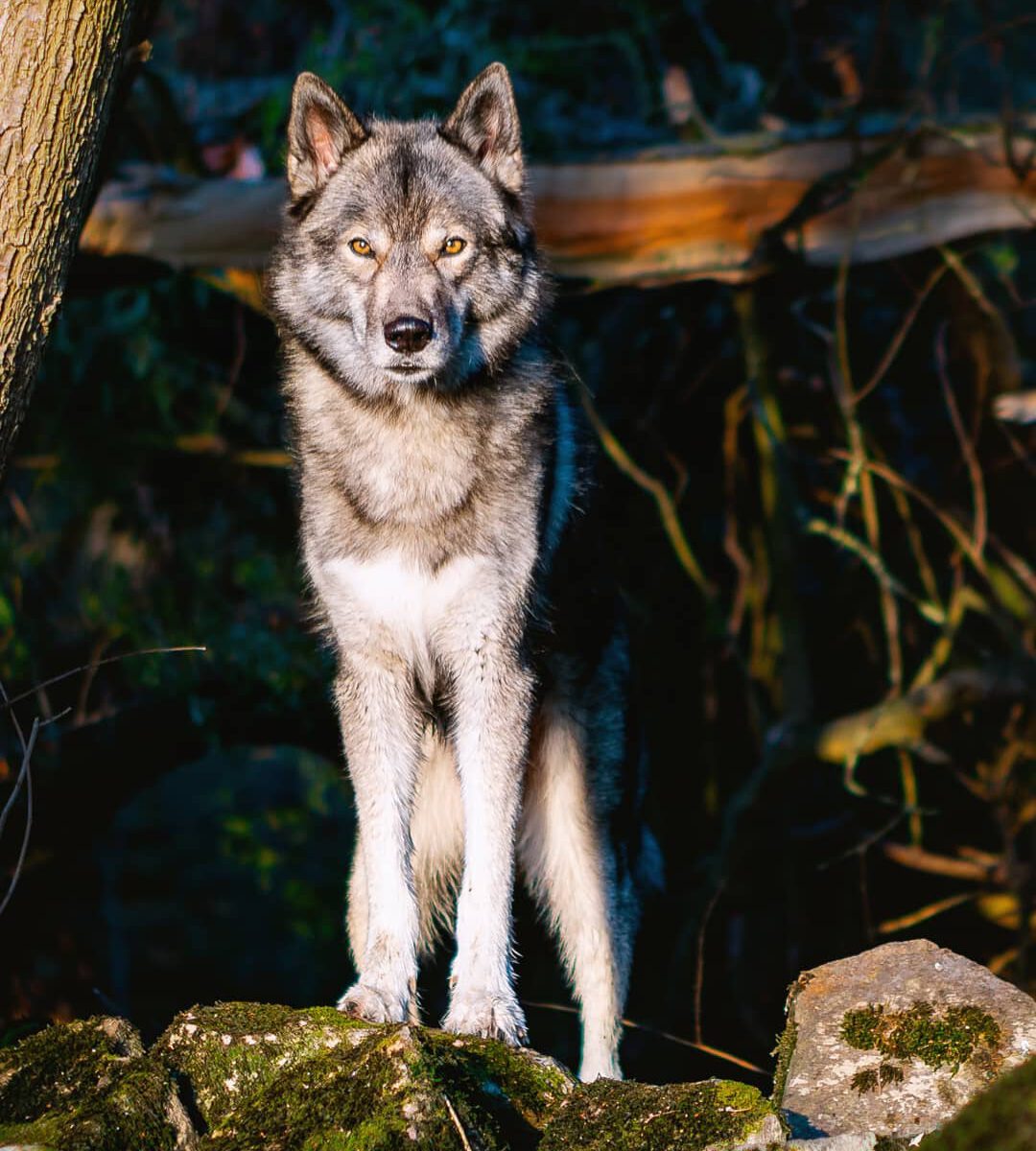 While we spend most of these super hot days – 104°F // 40°C – inside I was looking for an older picture to post.
This is one of my favorites… As You know I like Ninjas serious face and moody backgrounds. It was an equally hot day, but directly at the riverside.
.
If you have followed our videos you may have noticed that there are a lot of meadows around us and last evening we took the dogs to run around at one of them.
.
While Hadez, Kaihu and Roja were playing together Ninja was dashing around for himself. When Roja disciplined Hadez for playing a bit rough, Ninja tried took the opportunity to put himself above Hadez in the hierarchy 😄 But I quickly stopped this behavior.
It is not common that adult wolfdogs tolerate intact rivals of the same sex. So while I enjoy that they seemingly like each other I have the thought in mind that their friendship might come to an end during such a confrintatiin… and that would be a real shame.
After they circled each other a bit with stiff legs everything was back to normal. I tried to distract Hadez to have him focus on me instead 😊
.
As it is really hot I will give the dogs the ice cream I made for them a few days ago today… So look forward to the live stream later 😊