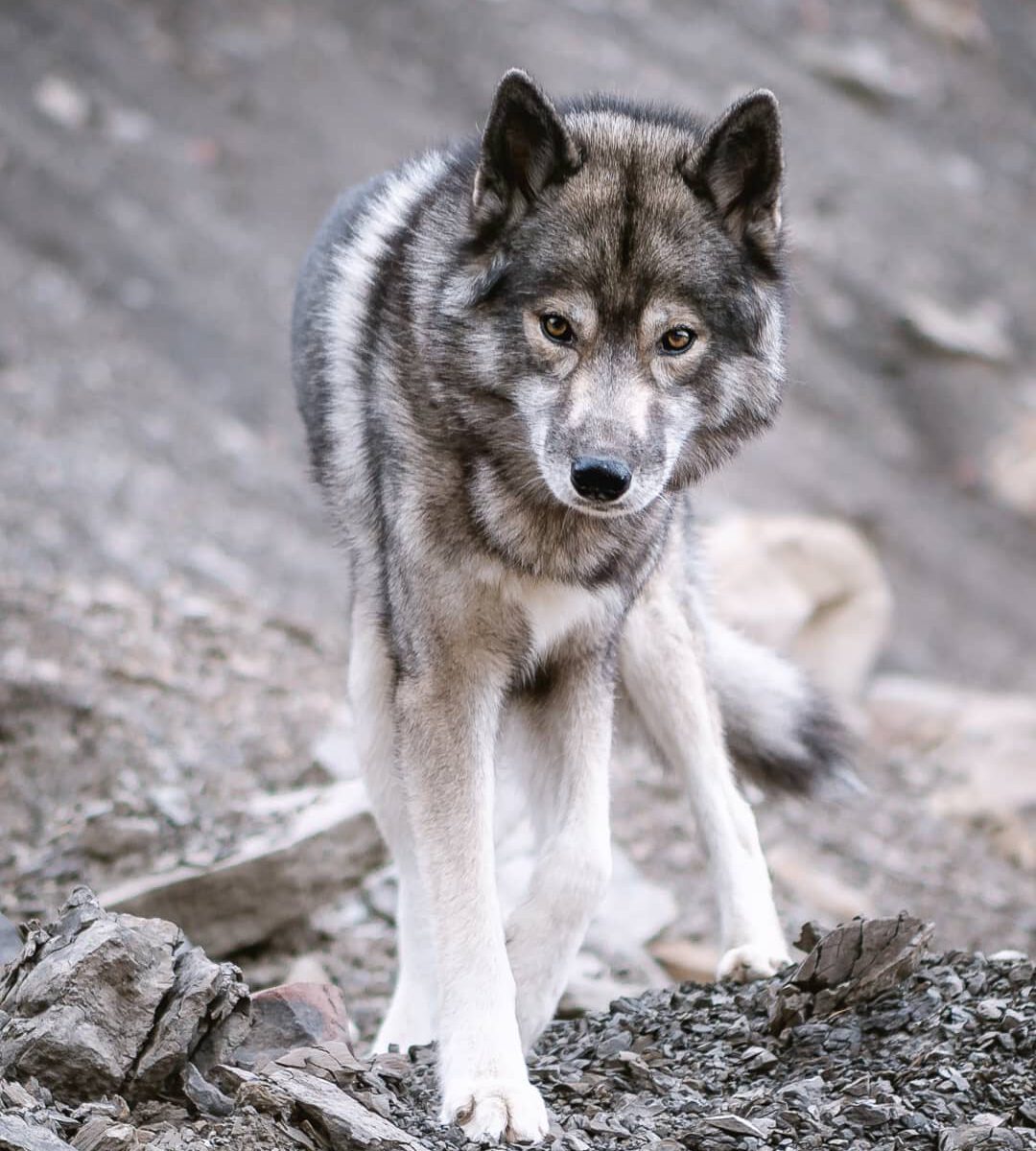 When we had been in the quarry for the Audi Nines Instantly likes this huge grey pile of rocks and stones.
I love astronomy and this felt like being on a different planet as if it had some bleak, dead surface of e.g. the moon.
We know that Ninja looks great in green, earthy tones, snow… Well nearly everywhere 😆
Initially I wanted to have Ninja jumps around to „defy gravity“ to further give the impression of a low gravity environment. Yeah I know it’s about 1% of people who might have noticed, but when I have ideas I want to make them possible.
But if You look closely at this rubble, it has really sharp edges and I did not want to Ninja to cut his paws for a photo. Sure sometimes I get him out of his comfort zone, as we did last weekend with the photobox where we were turning the tables and put Ninja into the arms of the photographer 😆.
Ninja was equally surprised, but after a short time he realized that everything is ok, enjoyed the moment and gave lots of kisses 😊
But there was no danger that he might have been really uncomfortable, or get hurt.
Sometimes it is weird how people put themselves or their animals in real danger just for a picture. Is it really worth it?
.
People often ask about the secret in my pictures. I pay attention to a lot of details and if I do grave mistakes I try to fix them or I simply do not upload the picture. Often pictures do not come out as I expect them, but they have something to it.
If you followed us for some time You will know that I love Ninja deeply ❤️ I think its the real secret. I want everyone to see Ninja through my eyes, the way I see him. I want you to ‚feel‘ the passion for this amazing animal… It does for sure not work for everyone, but judging from messages and comments I think it works quite well.
This is true for nearly everything I do… If I do not have passion for something then I cannot create the quality of content I provide here.
.
This does also count for the collaborations. I am looking for close cooperations with mutual respect and appreciation. To me this is actually worth more than the actual value we get out of a deal and we found such a partner.