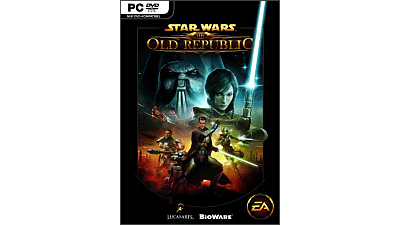 Last year I have been sincerely interested in SWTOR … I mean which gamer would not live to dive deep into the Star Wars Universe, have your own ship and the likes … but the more I hear the more I am convinced that it won’t be the game for me. Now Bioware put another nail into the coffin.

The sales model of SWTOR had me pull all posts from my site myrddin.de. We all play online games, mmo’s … and especially mmorpg’s. Let us look at world of warcraft to see what I am talking about. Whenever a new expansion comes out Players do nearly everything to make sure they can play right at launch. They plan vacation at work, order an online key and additional have one version sent by mail just to make sure they won’t have a delayed start. For days they gathered consumables in order to be able to level up fast, they gathered quests to turn in right when their account is enabled for the expansion, they even played beta to see which way is best to get to the cap in order to be able to get ready for the real content. even a few hours of headstart means everything.

Some excerpts from the SWTOR Community

Everyone who pre-orders Star Wars: The Old Republic and redeems their pre-order code will get Early Game Access. Those who do this will be able to download the game client and play the game ahead of the release date.

But apparently they are even uncertain if they can manage to get every pre-order into early access. Am I the only one who finds that weird? They have this number of early acces slots under full control and they have to use waves for that? In my opinion it is only a sales trick to get more presales. „By ordering presales, you can get into early access, meaning you can play earlier than others, but we can’t guarantee that you are chosen for it, only way to make sure is to buy asap since we have still slots open, lol“

However, when you actually gain admittance to Early Game Access will be determined in a first-come, first-served manner dependent on when you redeemed your pre-order code.
[…]
While we’re going to be allowing a lot of people into Early Game Access at regular intervals, we cannot allow everyone who pre-orders in at once.

Unless Bioware has a million early access slots this seems to be another evidence of incapacity. fortunetly I pulled out of it half a year ago. Personally I won’t ever touch a game that allows early access for preorders (Rift, Aoin anyone), especially if it is a matter of days, maybe a week … which can mean a huge difference in MMO’s.