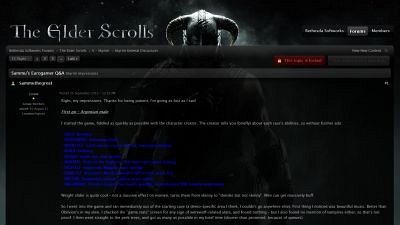 If you have been following Skyrim you did probably stumble over Sammuthegreat on the official Forums as valuable source of information on Skyrim. He has been answering many questions about gameplay and a detailed look on his first impressions. But now he also released a list of racial boni and perks.

The original post can be found here and provides a lot more information.