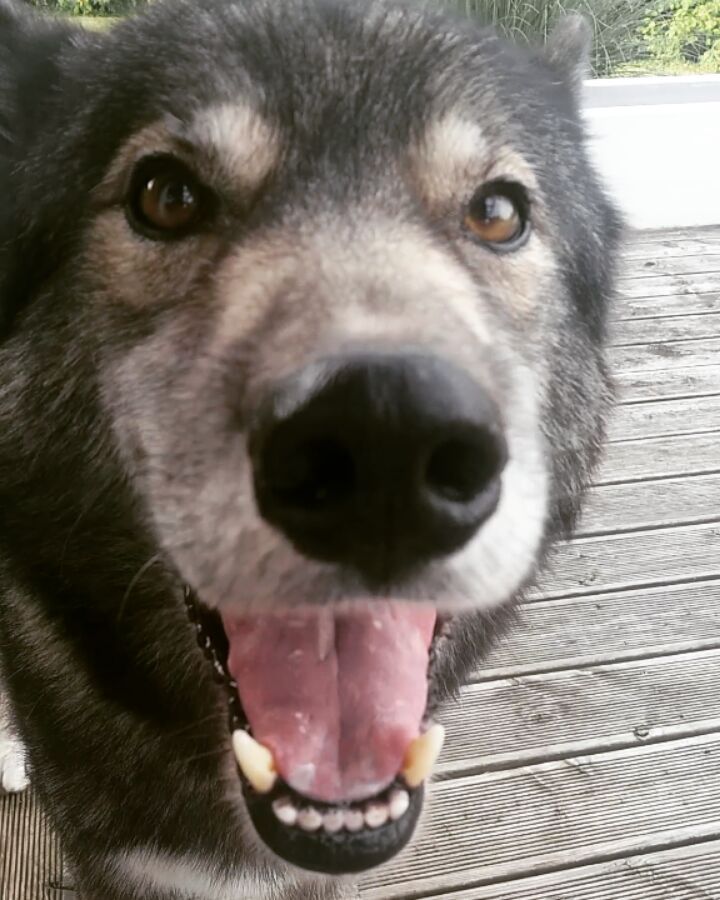 🐺🎶🎶 🔊
.
One trick I want to improve is Ninjas talking.
Ninja used to be a totally silent dog… no barking, no howling, no talking at all.
One day I noticed that when I sent him backwards – away from me – multiple times in a row he expressed his discontent in a very slight woof… thos worked once or twice every other day… it took me many weeks till he realized that I wanted him to do use his voice and eventually shaped this into a bark and then I also taught him to do this growly voice to talk… this took me months.
Ninja is very submissive… has been since I got him… and I think it is difficult for him because this might be seen – in his eyes – as disrespectful behavior. So I need to encourage Ninja a lot before he even tries to give a sound.
If you look at the start you see that he barks and instantly looks away… also when I tell him „No after the first bark!“ This is appeasing behavior.
When Ninja does the „Grrrrrrrr!“ correct he stares straight at me. This shows that Ninja is now comfortable with the situation.
.
The whole training took a few minutes, I let Ninja dash along the perimeter a few times, tried to raise his confidence by giving him a difficult task, which he succeeded and uses this confidence to practice grrrrrrr…
.
The last part when Ninja correctly jumped left (his view) behind the couch, I just hoped I could show off…. fortunately it worked 😁😁

11 Antworten auf „. One trick I want to improve is Ninjas talking. Ninja used to be a totally si…“