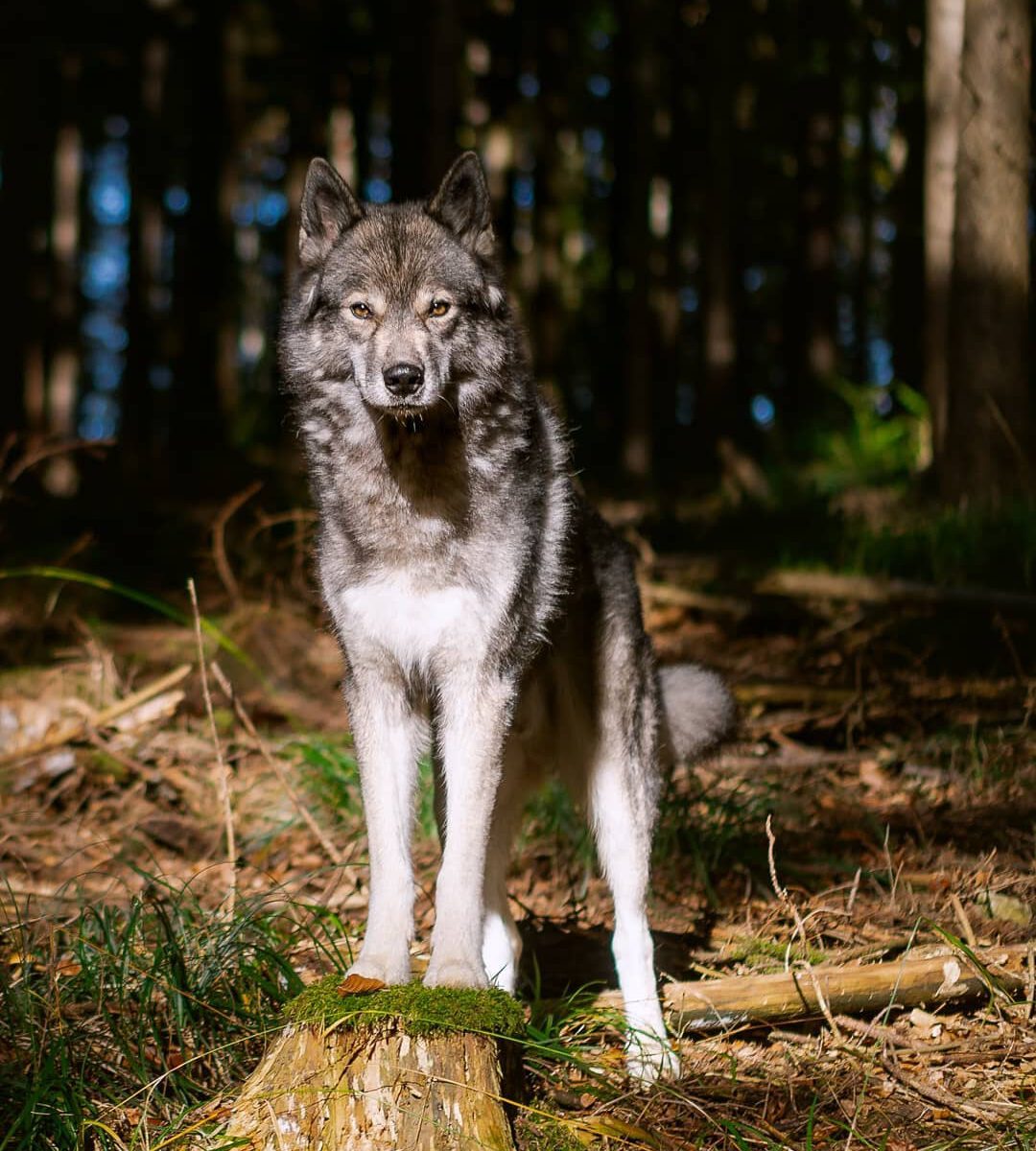 One of the questions I always get is ‚How do You make pixtures?‘
.
Well, today it was really nice hazy. I thought I could get a nice picture of godrays in the forest.
.
I had Hadez ( from @kaihu_und_hadez ) and Ninja with me. Both were full of energy, which is kind of counter-productive when taking pictures. They just want to move on, so I did early stops on our hike.
I took pictures of the scenery, which you can see in our stories, and Ninja and Hadez got used to stopping… At my 5th stop they were already calm enough to take some pictures, e.g. to let them off-leash for a bit. They were not focused enough to pose well.
This took 3 more stops 😊
I knew that this spot was good. So I let Ninja off-leash and directed him roughly to where I wanted to take a picture.
Then I tied Hadez to a tree to be able to focus on Ninja.
Ninja was already bored from standing at the spot at moved a bit around. I let him sniff for a few minutes and praised him. The praise is really important, because he will look good only if he is self confident. If you are stressed or grumpy you can forget taking pictures as this reflects on Your dog.
If you want a majestic looking dog, don’t save on praise, do tricks or stuff he loves doing… and take your time…
Ninja was fine exploring the place and even Hadez was calm and sat down.
At first I used my 50mm lens, Out can compare the last 2 pictures that were taken with my ( crappy ) zoom and took some pictures.
If you compare the pictures You will realize that the first one is a lot sharper and more detailed. Ninja looks different, but also the background seems more open.
I added a video, of Ninja staying on this spot, it is really incredible how well he does it.
You can also see the command ‚Schau!‘ ( Look! ) in action.
Hadez had laid down by now and was super chilled. Which is why I took some pictures of him as well. As Hadez could run off I kept him on a leash that I had careful behind his back, so it was not visible.
After a while he relaxed and watched into the distance for a perfect shot.
The both did so well 😊
We stopped 2 more times before we headed home.
The dogs we’re dead tired and slept while I edited the pictures and video.