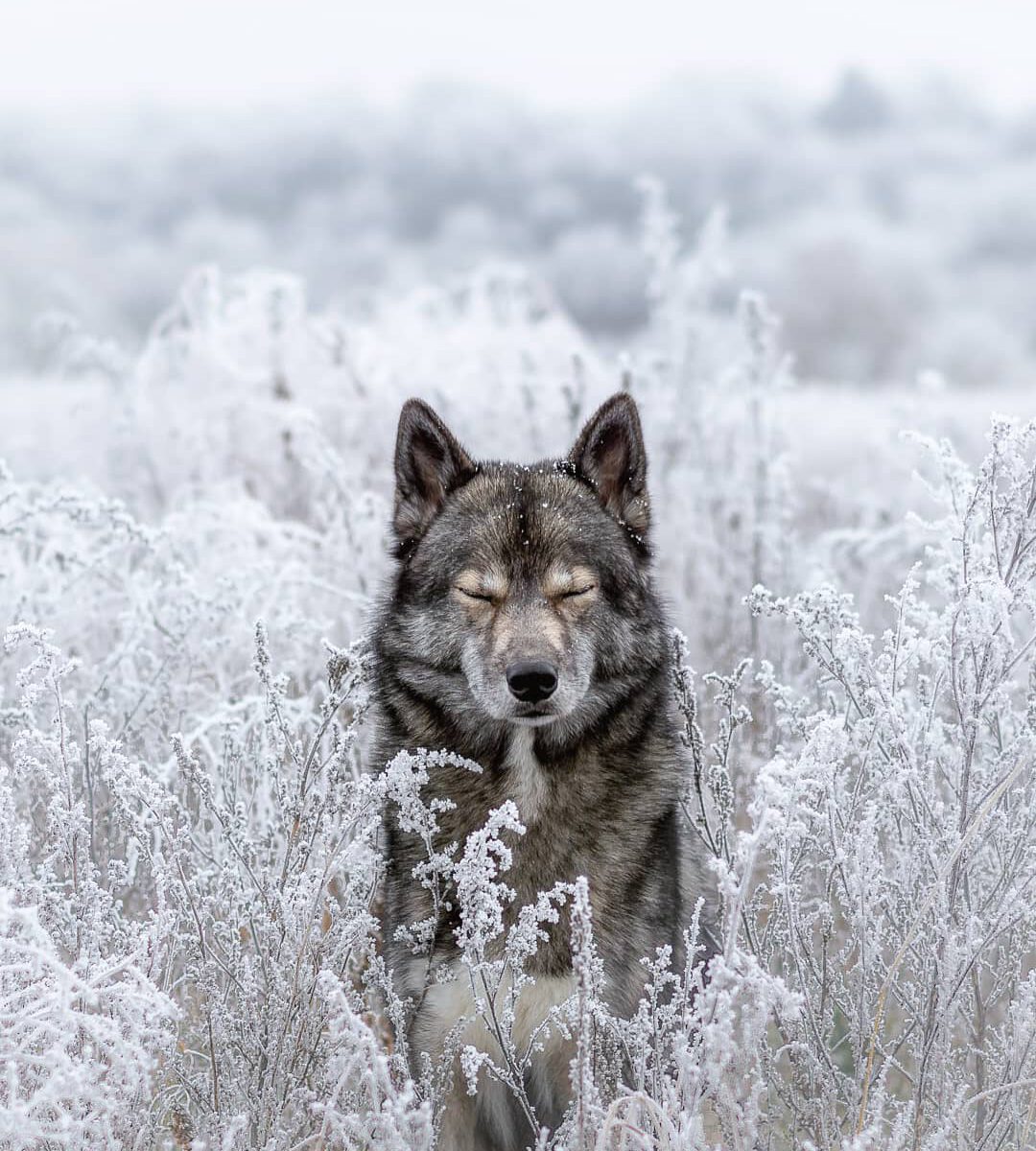 One of my favorite settings was this time of hoar frost ❄☃️
.
We never had similar weather again in the past 5 years and I regret that I did not do more pictures at the time.
It was very cold at night, and the morning sun managed to melt just a tiny fraction of the hoar frost, before fog from the riverside ( it steams in winter, filling the valley with fog ) covered it and the remaining cold branches and grass let it freeze all over again… this repeated for 3 days and the hoar frost had huge crystals that appeared as if they were snow. Yesterday’s picture had been taken 10 minutes prior this one.
.
I used an old Minolta 50mm 1.4 lens for it’s really fine contrast. As it is quite difficult to manually focus on a dog, I took my time and Ninja got bored and closed his eyes… it appears as if he inhales the beautiful morning mood and that is why I love this picture with his eyes closed.
As if he was contemplating the beauty of that day…
Also I like the contrast of the white frosty grass and the dark Ninja coat color, which appears a lot darker as soon as it becomes clouded.
.
Think it was one of my first popular pictures and I still love it.

18 Antworten auf „One of my favorite settings was this time of hoar frost . We never had similar …“