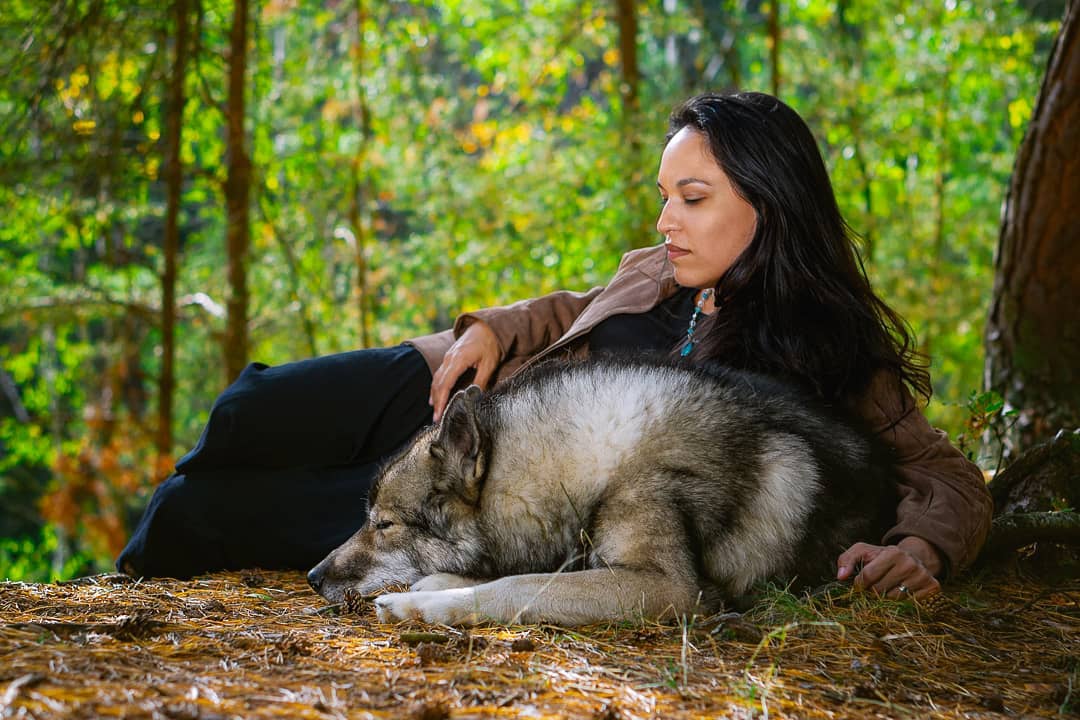 It is always fun when people watch me taking pictures of Ninja. They are amazed that he seems to know where I want to put him and how he is supposed to pose.
I usually direct him a little, he looks the direction I want to direct him to and interprets my command.
‚I think he wants me to go to that treestump!‘ and does exactly that.
I know the angles and the timing for the pictures.
Over the years we have become a pretty good team.
.
Taking pictures with a human is something I rarely do and it was awkward for me to actually talk about my ideas.
I warned Jasmin in advance that the shooting was exactly about that and there was no guarantee that we’d get a useful picture at all.
Often this scares off potential models, but not Jasmin. We have worked together a couple of times which made it easier for me to ask her.
I was happy that she agreed, without hesitation, and in the following week we met in Dietesheim at the Bruchseen to make some pictures.
As mentioned it was awkward for me at first, but Jasmin did not mind and helped me 😊
Eventually I got more secure and noticed how she enjoyed being with Ninja and that have me further reassurance.
We got a couple of real nice pictures -of course with a lot of room for improvement – but I am really happy with the results so far.
It is another wide picture and I will put up as a story because it looks so much nicer in a large format.
.
Thank You @jasminjanice
😊😊