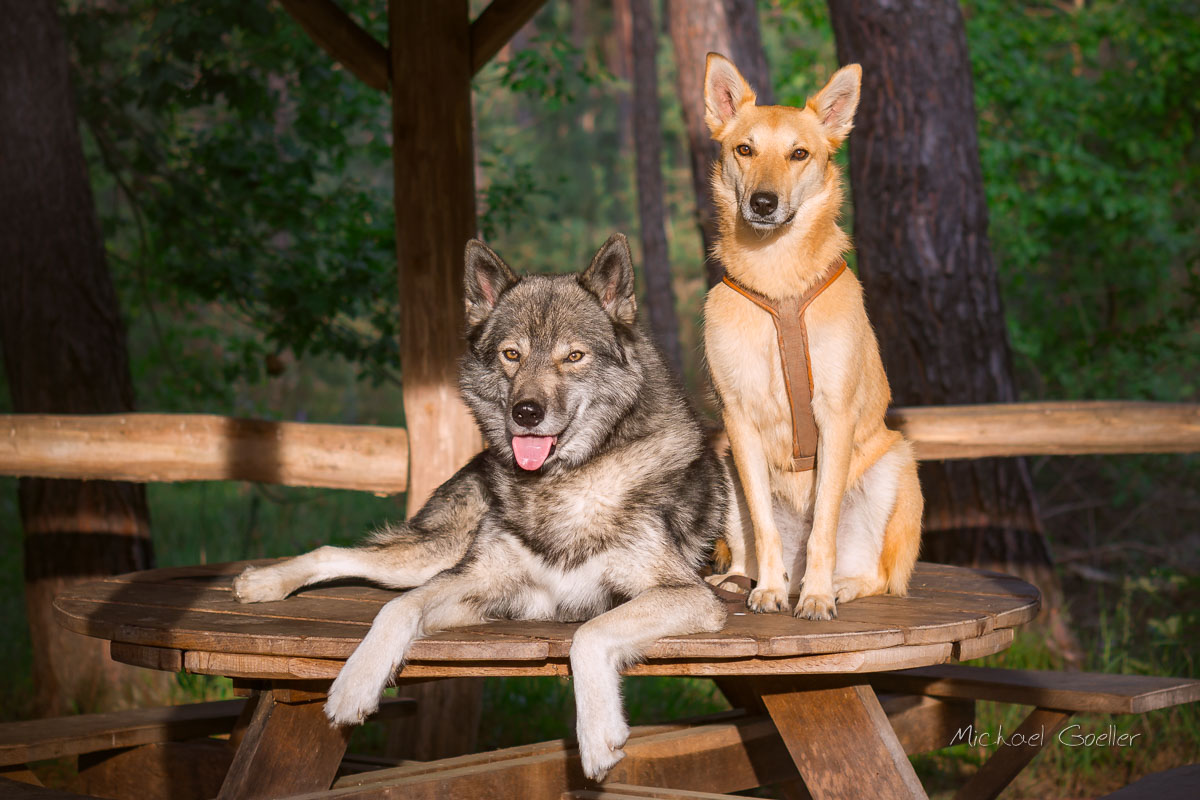 Smilla is with us a little over a year, now. At first, it was tough between Ninja and Smilla… I recall the first shot we took of them… Ninja rested dutiful at the assigned spot leaned away and Smilla with her “I can’t stand you, get away”-stare.

Inside she growled as soon as Ninja moved and disciplined him hard if he came close. Once Ninja hit Hana with a paw, accidently because he is such an over motivated clumsy oaf and Smilla disciplined him overly hard.

He remembered that, did not dare to enter the room, go to the water as she was in the room and never played with her. Therefore, they tried to stay out of each other’s path.

Over the course of some months, this slowly changed. When Ninja approached Smilla no longer growled, started moving away instead. Ninja stayed passive, defensive towards her.

I do not recall when exactly, but there was a big black GSD trying to attack Ninja… Smilla, despite being half the size and weight, picked up the GSD and threw her away from Ninja. The GSD is still fearful when she sees Smilla and submissively tucks away with tail between her legs.

I think that was when Ninja realized that Smilla is an amazing protector and started to value that… People always underestimate Smilla… Dogs don’t… Most of the time her presence alone is intimidating. She just stands there like “I do not fear you! If you behave we can be friends”. Most dogs shoo away… even the largest dog realizes that a growl by Smilla is serious…

I have seen many dogs in my life, but never anything alike. Must be her #dingo heritage…

Anyway things changed over the last year… So lovely when we come back home and they give each other little kisses… First cautious play slowly became wilder and wilder… they became friends!