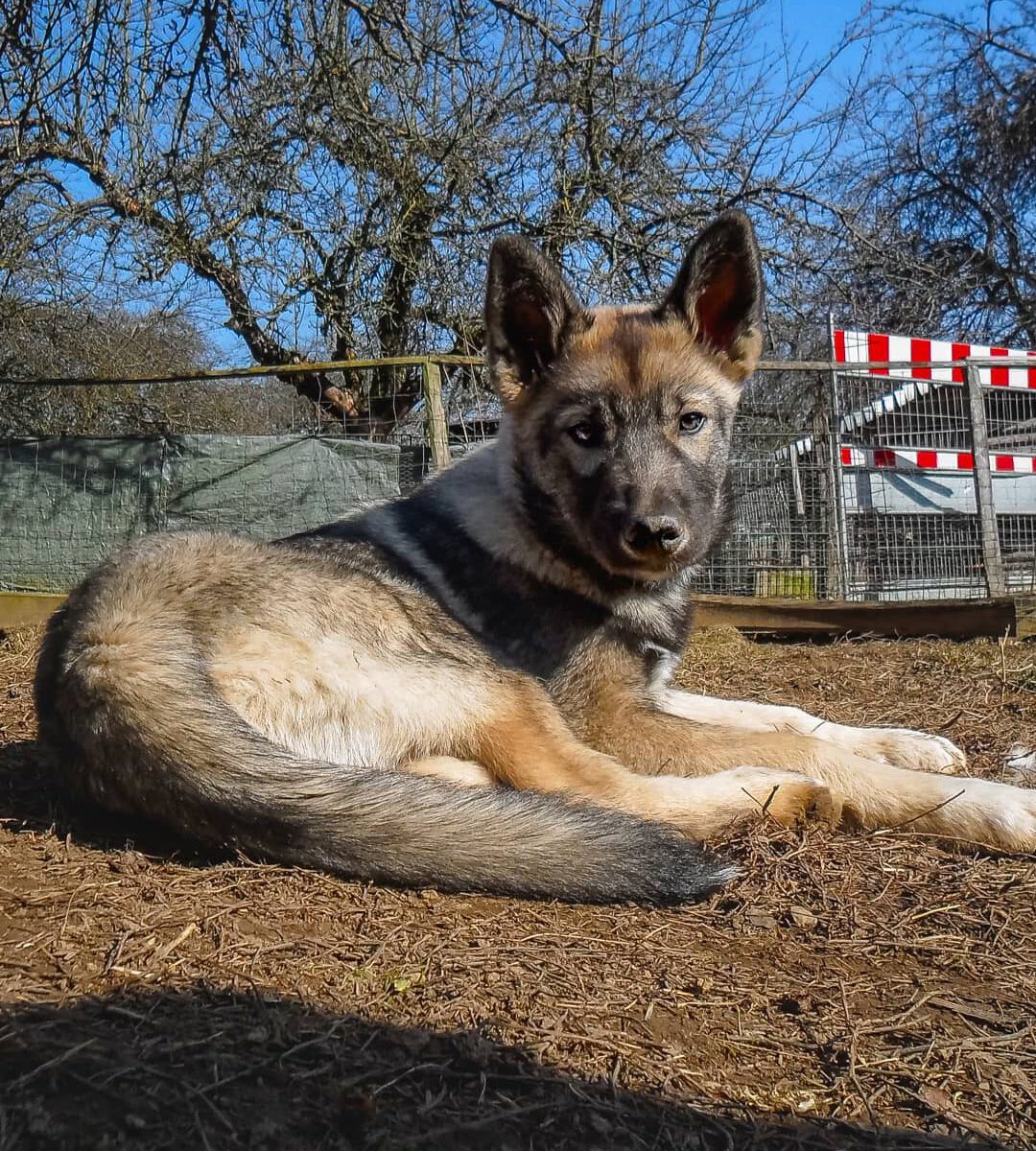 7 years ago, my old Husky Akiak was very old and it was clear he would not make another winter, I was desperately looking for another dog that would fill this void.
I had written sanctuaries and shelters for dogs that were rather difficult to handle.
But they all denied me a dog, because they thought that no dog would have a good life with me. I had no garden, a small apartment and was weird ( Asperger ftw! ) I tried to reason that while I am not good with people I am good with animals. There are quite some dogs that I was sitting now and then that preferred to walk with me over accompanying their owners 😆
It was at least 15-20 dogs that I had applied to and it was really frustrating.
One day I found a post on Facebook, some dogs that needed to be re-homed because of the death of their owner. I saw Ninja ( had from their bad photographs ) no idea how pretty Ninja was… I just loved his posture and hug huge head with these ears laid back. See real people had already shown interest in Ninja and I was putting all effort and passion in my mail.
Apparently you already know how it turned out, but back then I was on the edge. When Esther told me she wanted to check me out on person it was insanely difficult for me to come and visit her. Fortunately though I did… I recall the first evening where we sat on the floor in her dog hotel with like 7 dogs craving for attention, climbing on top and over me, and a little jealous glance from Esther 😆
Over the years we became good friends. Esther visited us here in 🇨🇭 I set up her Laptop and she had a few days decelerated life here in the sun 🌞
We found some older Ninja pictures and this is one I had not seen before. People always want to know how Ninja looked as a puppy… Here he is… You can still see his black face/mask that was origin for his name Ninja.
Would You have thought how beautiful he turned out? I sure wouldn’t have…
.
When I look back at this time I am actually wondering if there was not actually some good to being denied over and over at the shelters. I would not have met Ninja… Someone told me once ‚You never know if something is good or bad until way later‘