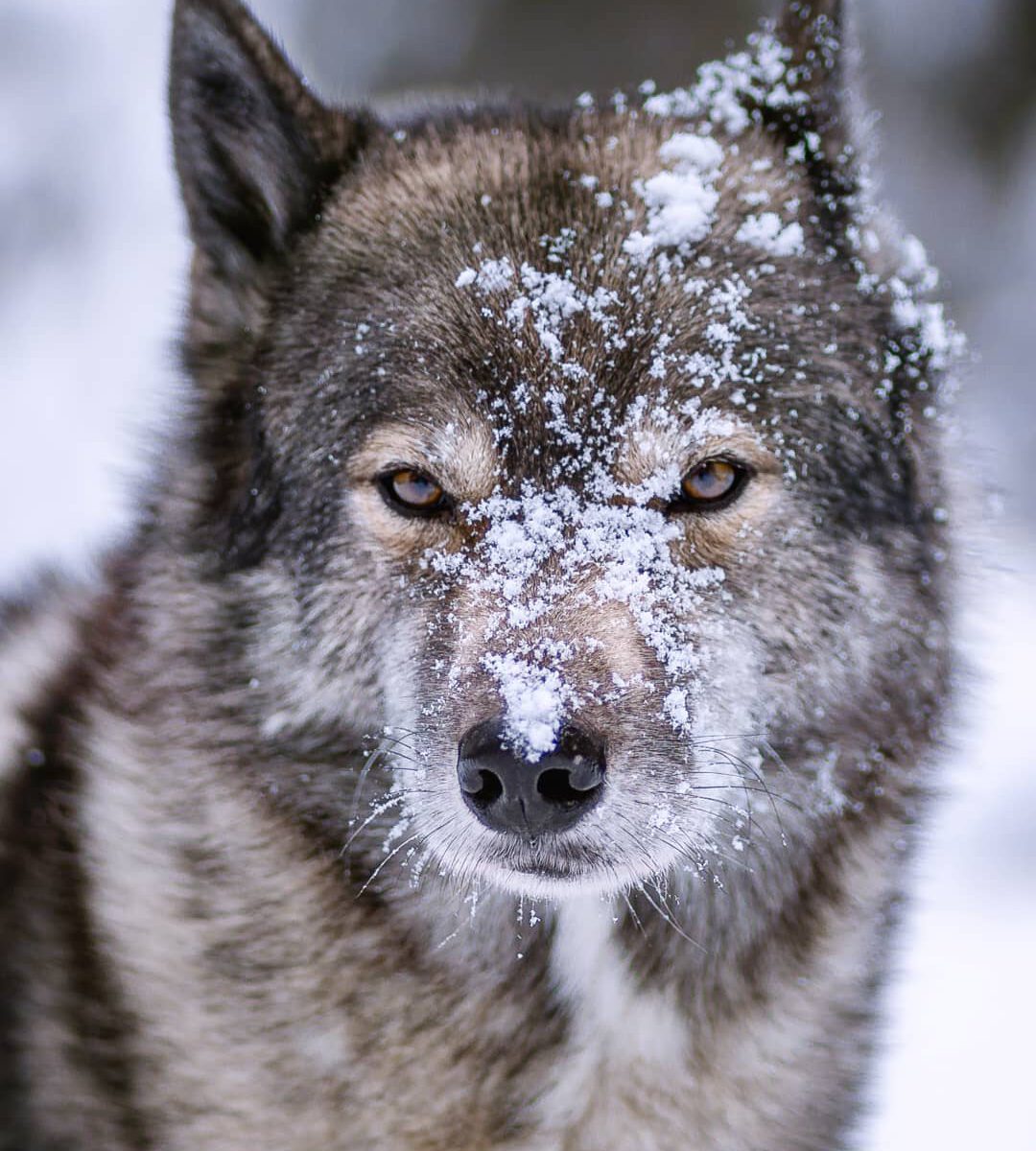 ‚You did not really just throw a snowball on my face, did You?‘
.
One thing I love about polar dogs is that they have so many facial expressions. It makes it harder to capture the facial expression you want to capture, but at the same time it is super easy to read your dog and see what is going on inside him 😊
.
Here, fitting for a Monday, a slightly annoyed Ninja. He was digging through the snow, which he loves to do aside rolling around in it, and had such a cute layer of snow on his face. I wanted to capture the moment but Ninja decided to shake the snow off just when I had the camera ready… I threw some treats into the snow but none of the snow wanted to stick to his face. So I took a bit of snow and put it on his face 🤭 This is the look I got 😆 needless to say that I won’t need to bother to repeat it. Sorry Ninja I got Your message ❤️
.
There were no ill intentions, I just wanted to recreate the moment 😊
Usually I do not do such things either way as I do not think they are authentic. I do not edit out leashes, ask dangerous stuff of Ninja for a picture or put him to do stuff he does not feel comfortable with… But the bit of snow on his face was just too cute 😊
Does Your dog show you, when he disapproves of your actions? 😆
.
We are currently hiking again in the Black Forest at the Hohfelsen, close to Kirchhausen, which is where I made the beautiful story picture above the clouds/haze. Just got to love these places.

4 Antworten auf „‚You did not really just throw a snowball on my face, did You?‘ . One thing I lo…“