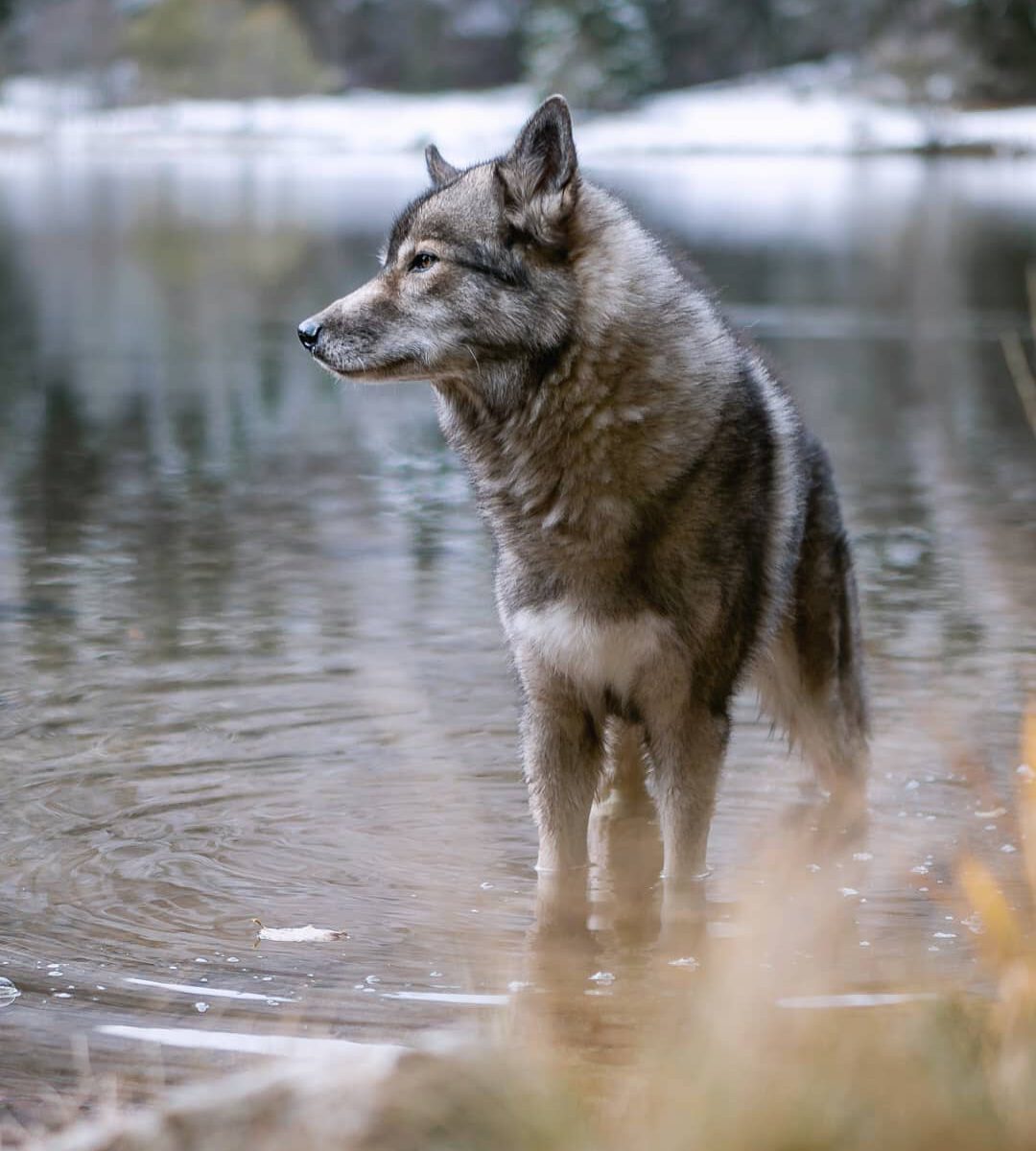 The first snow we have seen this coming winter. We drove to the tallest mountain in the area, the Feldberg, when we hear that even below 1000m snow was supposed to fall.
.
Expectantly there were a lot of people at the top of the mountain, especially with kids that were sledding at the slopes of the mountain.
So we decided to hike a bit further away from the crowds and noticed the little lake. We were pretty early and the descend on the extremely picturesque and rocky path was covered in ice.
The further we followed the path downwards the better it became.
It was despite the ice a very nice hike as I love those rockY paths and the „Bannwald“. These are parts of forests that won’t get maintained and growth and decay will be left to nature.
If you followed me for some time, you will know that I love this kind of nature reserves.
.
When we arrived at the Feldsee, the lake was very calm without any wave and was mirroring the the trees and the slopes on the other side, which was very beautiful to look at. But you were able to see this on yesterday’s story already.
Needless to say that we stopped to take pictures. Ninja was modeling great as usual, even here in the cold water. I like the crop here for Instagram, but will attach the whole picture as a story for 24h. Because it is just so much more beautiful.
.
Hope you had an equally beautiful weekend.
.
If you have questions or feedback leave them below. Ha e a good start into the week.