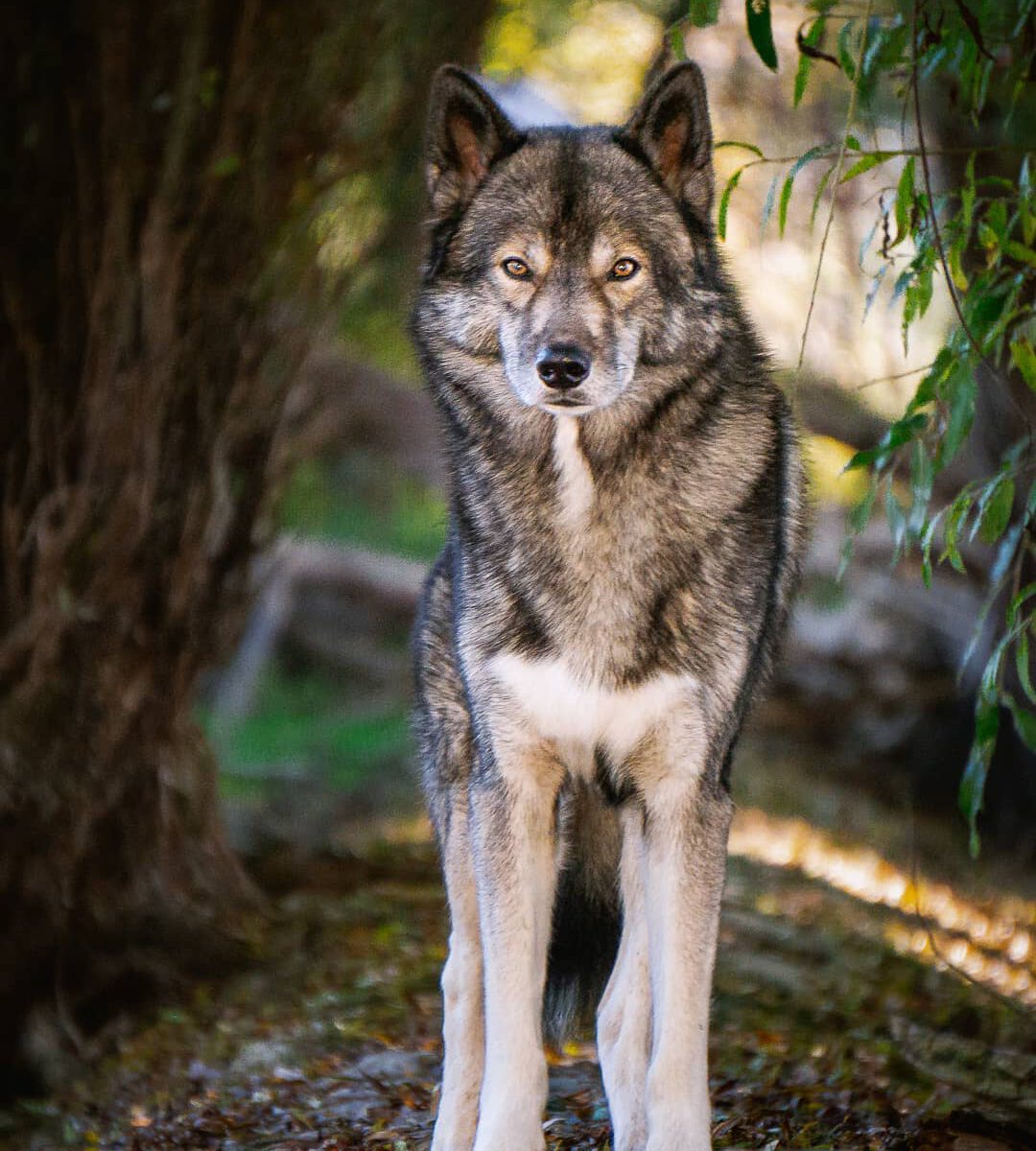 The days of oppressive heat are over. It is slightly cool in the shade but the sun still spreads its warmth which feels especially nice on the cheeks.
The green leaves have turned yellow and some are already brown… winter is coming 😁
Just here at the riverside many leaves are still green, maybe because the trees here did not suffer from the draught.
Ninja enjoys this weather, dashes around for no reason but to have fun and takes an extended sunbath at the moment.
I am using the time to edit some pictures and answer messages. This picture stopped me though… Ninja with his great sovereign expression. At first I captured this face on a snapshot and it took me half a year to recreate it… until eventually I realized what made this expression so special and step by step taught him to look this way. While it is easier to capture now, it is still visible if he does the expression on command or by himself – at least I can see the difference. I love the expression and have the urge to go outside and cuddle him right now… But I also do not want to disturb his sleep.
Last night I cuddled him and he fell asleep in my arms… it was such a rare and happy moment. Usually Ninja leaves after 20-30 minutes or when he wants to sleep. This time, he stayed and it was so touching and relaxing… I feel asleep a few minutes later, too…
Enjoyed this moment a lot, despite waking up with a paw in my face 🐺🐾😴⁉

8 Antworten auf „The days of oppressive heat are over. It is slightly cool in the shade but the s…“