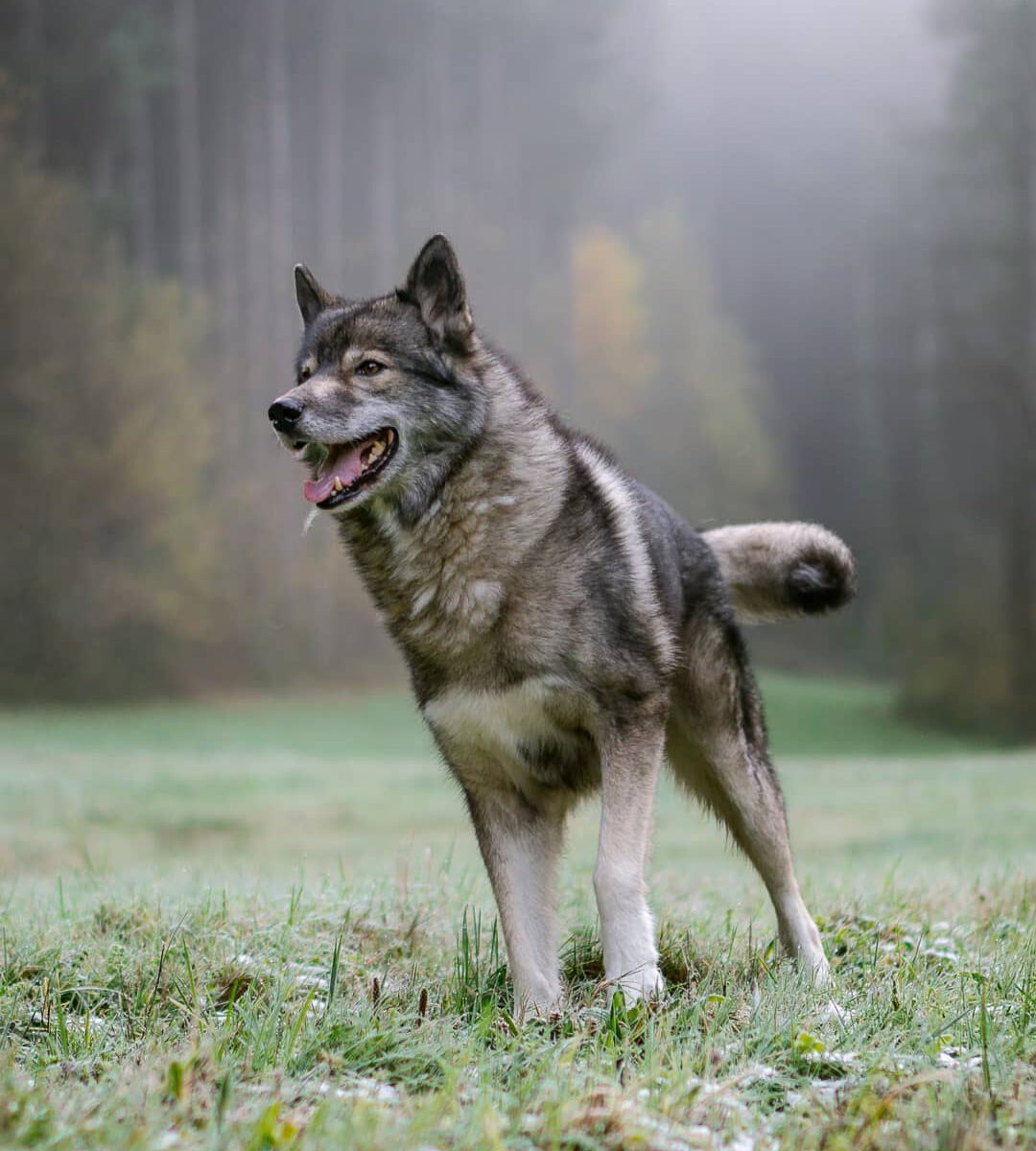 On a moody, foggy morning we chose to hike along a beautiful meadow.
The grass was partially covered in frost and I really like these white patches.
Hadez was with us and was rolling in the frosty grass. As Ninja was extremely responsive I let him off-leash. Ninja was super happy, more because of the cold than being able to run free.
He even started to play with Hadez. Hadez was a bit startled and growled at the unusual behaviour 😆
This did not stop Ninja from dashing around. Even when I wanted to take pictures, here with these tall trees in the background, it was difficult for him to stand still. You can see the way he tries to lean to the side 😆
.
The area is often covered by a dense fog and I was hoping to be further ahead when the sun was going to breach the fog..
But the sun was not strong enough to breach the fog… We waited a bit and I tried to make pictures of Ninja on the meadows. My feet got soaked by water and eventually I decided to head back home.
I like the moody pictures but the area is designated to glow in a fiery fog, when the sun is starting to breach… The tree lines will most likely cast beautiful shadows and God Rays… Wish I could be there every morning to eventually be there at the right time for amazing pictures.
.
Well at one point it will be fine 😊