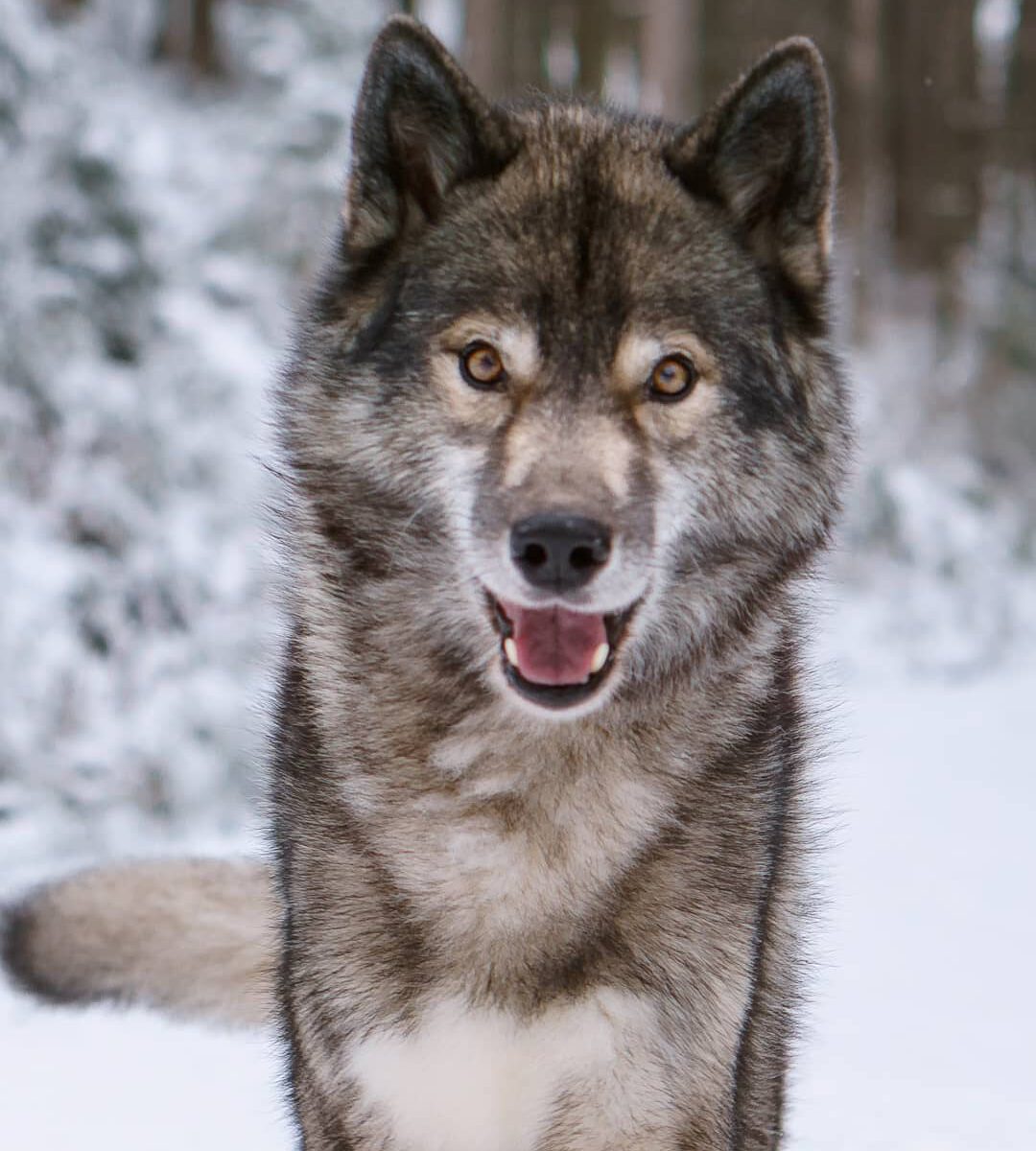 Offline I have been busy with looking at old snow pictures to create a new preset that will pop Ninja a bit more than what I have been managing the past week.
The problem with snow picture is that my usual way of taking pictures does not work. The amount of ‚light tones‘ due to snow will often result in a skewed histogram where the camera tries to expose for a balanced histogram and often it will turn out a bit dark. Usually I underexpose by 0.5-1 stop and this will create even darker results that at times come with a weird color cast in the dark parts of the picture.
In addition it is often difficult for my camera to properly focus as the dark parts are just too dark to quickly find focus… So I notice that the algorithm prefers to focus on higher contrast areas, which is more Ninjas chest or tail than his face.
You can see it in this picture, where the focus lies on Ninjas chest rather than his face. Bummer.
I still love Ninjas expression in this picture and chose it, because he looks so cute and the tiny lack of sharpness might not bother most people. Maybe you would not have noticed, had I not mentioned it.
Looking at his happy face just makes me smile and happy… Don’t know how it is for You, but I just want to hug him.
It just started to have a tiny bit of snow down here so I will head out with Ninja before it melts away and gets dark.
The only thing that is better than a picture or video of a happy Ninja is to see a happy Ninja and to be able to give him a pat 🤗🐺❤️
Edit: Oh I forgot… But I have hundreds of messages awaiting an answer. I apologize for the delay and promise to fix this soon.