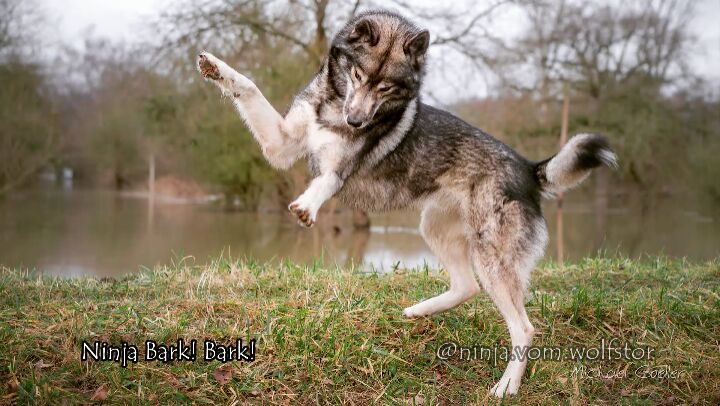 Ninja likes to go to the floodplains and today as we passed the train station he signaled again that he would like to go there.
.
I thought it would be nice to make some pictures at the riverside, some „actionshots“ as we did not have them in a while.
.
As we arrived I noticed that everything was under water – haha hard to miss, right?
.
It was really impressive as the river is still a good 200-300m away from the dam, yet the road leading to the port was underwater and the floodplains were underwater…
.
With Actionshots at the riverside out of question I remembered the loads of messages asking/wondering if Ninja is actually having fun, because he does look so serious.
.
These photos are moments, they show 0.0000011574 of a day…
It really depends on how I want to present Ninja… serious, majestic, powerful, dashing (like literally), goofy… I have this strong preferance for the serious face with closed mouth… so I TRAINED Ninja to stop what he is doing, to look at me and close his mouth… it lasts about a second and in that second I will get a serious face… or when ever he observes something.
.
Ninja was distracted, from one side we had an Irish Wolfhound coming and on the other side there was a boat at ther dam, where usually cars drive… it fascinated him…
.
But you can see in this video that he has the typical playful/goofy husky character and does have indeed fun to show off what he can do 🙂
.
.
#a6000 #fotografia #beautiful #wilderness #leagueoflenses @leagueoflenses #awakethesoul @awakethesoul #YourShotPhotographer @natgeoyourshot #features4huskies @features4huskies #adventuredognation @adventuredognation #weeklyfluff @instagram #fluffderwoche @instagramde #wildlifeplanet @wildlifeplanet #ruffpost @ruffpost #instapets #woods #woof #instadogs #instadog #bestdogever #snowdog #huskies #workingdog #siberianhusky #itsahuskything #agoutihusky #wolfdogsofinstagram #wolfdogsofig #wolf #tamaskan