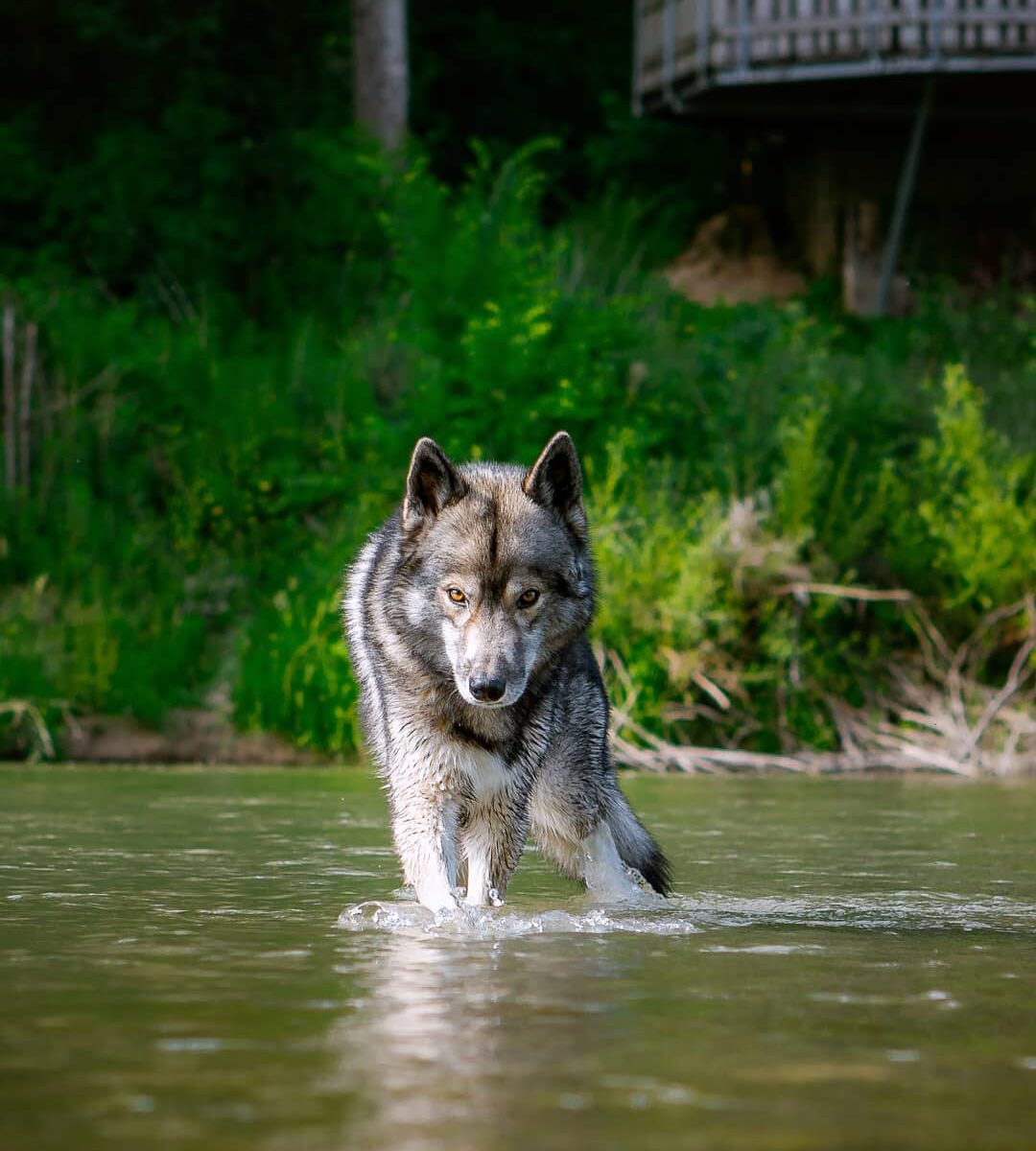 It is still so warm… the river provides some cool water and shadowy spots.
.
Ninja has never been very interested in toys. There was a little donkey, a Ninja-duck he often carried around to his favorite spot. But he never really played or care much about toys.
The past weeks however he is carrying around a tug-of-war toy wherever he goes 😆
He realized that it has value for the other dogs, e.g. Kaihu or Hadez and by claiming it he tries to raise his status. While Kaihu does not take Ninja serious, it helped to elevate his status with Hadez.
I also enforce this by taking Ninja with me when doing errands, e.g. picking someone up from the train station.
This special treatment… while Kaihu, Hadez and Roja stay home support Ninjas newly found self confidence. Previously Ninja constantly took himself back, avoided conflict. Seeing Ninja growing his self confidence and showing others therboundaries makes me happy.