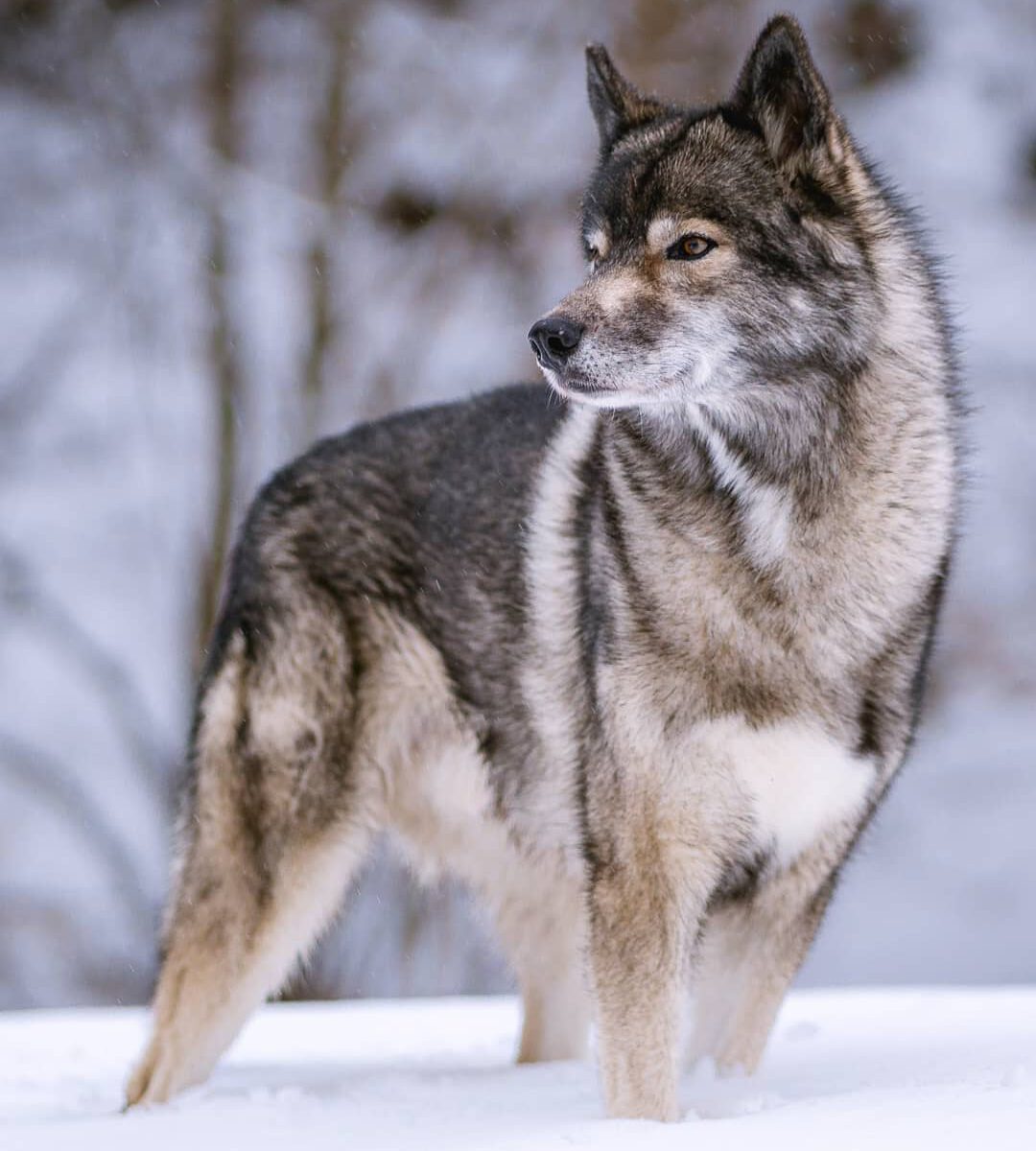 If You did follow our stories from the weekend You might remember that we were hiking in the storm at the Belchen… We walked from the Belchen towards the Honeck. The wind was pretty rough, but it was a lot of fun.
We just wanted some snow. Most of passt week’s snow had already melted again. Besides the Belchen behind far more higher than the Honeck, the Hineck had snow, probably due to the north-slope.
We also chose this side because there were no tracks at all and the Belchen ist usually rather crowded.
With lots of distance to overlook in all directions it was possible to let the whole pack roam free for some snow pictures.
They were all soooo happy and dashed the hill up and down… the jumped around, they teased each other and seemed so grateful for the experience.
You have seen Ninja’s recall in the past, returning even though he just started to dash off after boars.
Now I can add that he instantly returned, 250m away, in a gust of wind in a hurricane on a wind mountaintop 😄
He is such a good boy, but also the others were. Ninja usually does not leave the path… Roja’s and Kaihu’s circles were a bit further as they circled us on the snow covered meadows at both sides.
Hadez also enjoyed being off leash and looked to stay close at the start. It was open and the forest was far but for safety we put him back on before we approached the forest. When we returned we also let Hadez run to make some pictures that You will soon find at @kaihu_und_hadez
I really like to hike in the area… we had snow and a whole mountain alone for us 😊
The next day, and even today, the dogs are super tired napping a lot and even though they love to be outside they just sit on their observation lounge, don’t even run to the fence to bark at passing dogs 😄
So we spoiled them with good food, got some chicken carcasses 🤤🐔 .
I can see the Belchen from here and now it is covered in snow again… so tempting to not return right again.