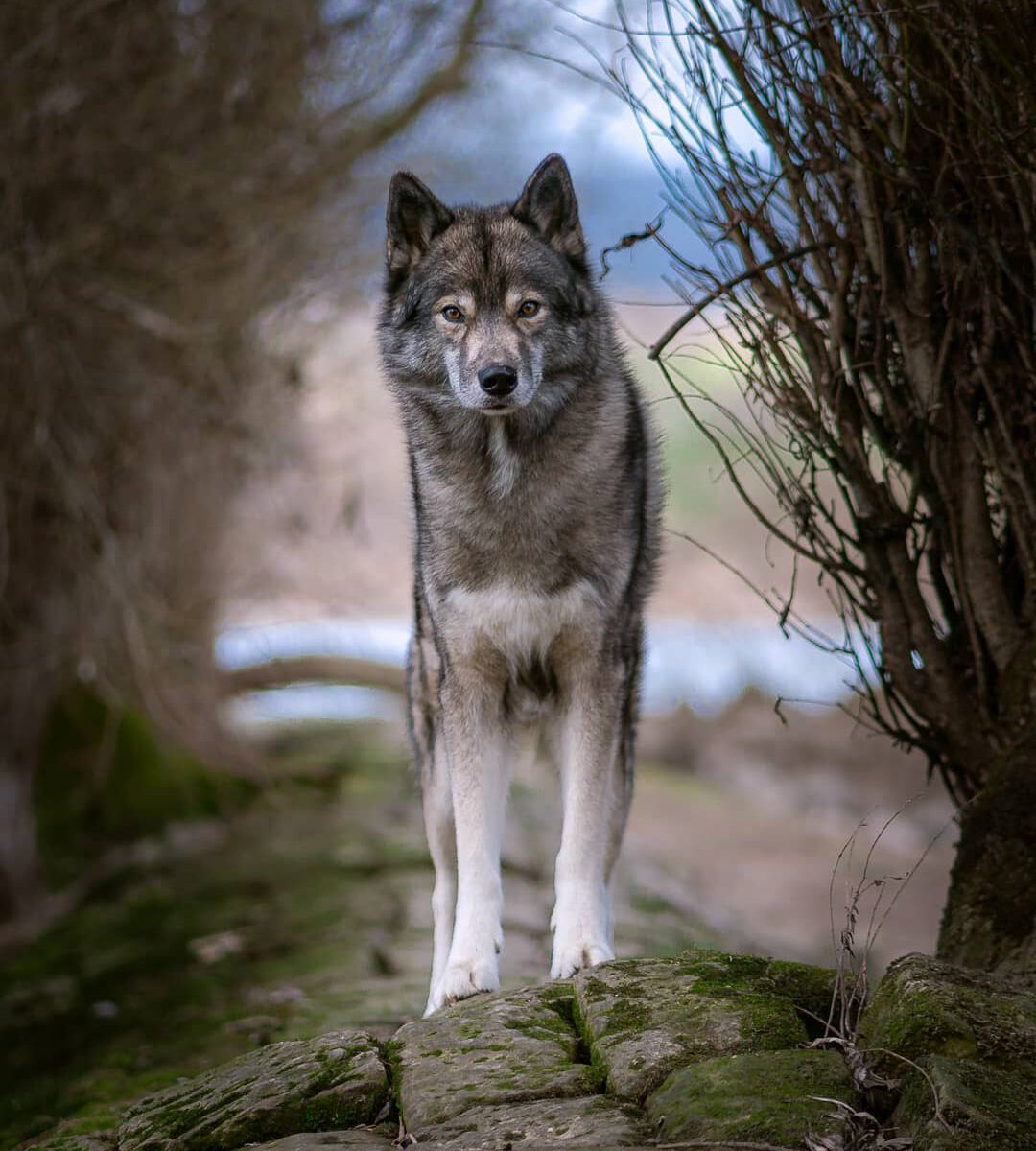 Here is the picture I made earlier on the little dam in #budenheim
You can check our story for a little video of the area.
Especially in spring and summer it is a beautiful spot to be and take pictures. Even in summer these trees drop water on top of the little dam which is supposed to keep the water in the upper side arm of the river Rhine.
Due to the humidity there is lots of moss and dense growth which makes this place nice and cool even in the hottest summer day.
I just love the trees at either side that help to frame Ninja so nice. In summer there are deep browns and greens for the plants and moss, while there is also a lot of blue and yellow from the river and the sun.
You can find plenty of pictures on my feed that I took there as it is one of my favorite and ’secret‘ spots.
.
Of course I wanted to go there today and look after it. So many things have changed and especially the forest next to where I live is in a really bad shape. Large portions of the forest are being cut down because of bark beetles.
Fortunately though this spot remains untouched.
.
The forester called me a couple of days ago, when I was in the Black Forest, asking me if my dog was ok as they found a wolfy looking dog dead next to a road.
It runs out we actually had a wolf here that got hit by a vehicle and then perished. It made me feel so sad… The thought that it might have been Ninja, but also that a young wolf has died.
I wondered what she was doing here and wondered if she came from the Westerwald a lower mountain region to the north or probably from the Hunsrück, a lower mountain region to the west. Doubt that she felt comfortable in our city forest, which is not very big and full of humans and dogs. Also wondered if she may have been pregnant 😕 Poor animal…