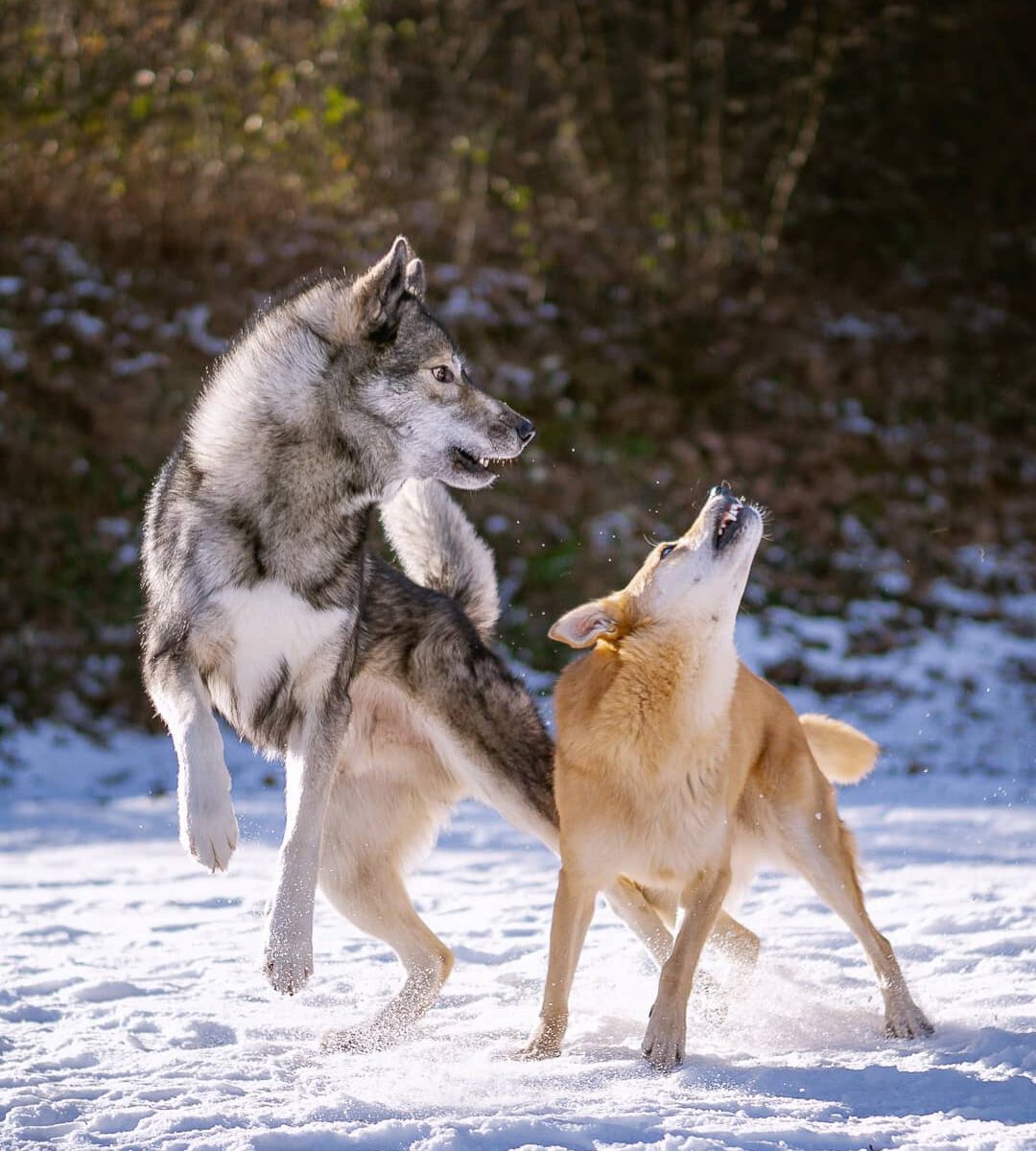 Does Ninja like to play?
.
In a nutshell, no. The only dogs Ninja loves to play with are females, when they are in heat. Everything else is wasted effort 😜
If he really likes the other dog, he might play a minute or two, if we fire him up for it.
There is not even a hand full dogs that manage to get Ninja to initiate play.
One of them was Fine, a female from our daily pack walk. She managed to win him over with lots of energy and teasing him a bit. It was so interesting to watch as Ninja played really rough with her and she loved that. If any other dog played with her like that she would scold the dog 😄
The dog on the picture is Smilla, she scolded Ninja the first day they met and Ninja was really resentful about that. Even months after she got to like him and also protected Ninja from other dogs he would only reluctantly play with Smilla if we pushed for it.
It took more than 6 months before he forgave Smilla for her initial behaviour and eventually got to like her and after like 15 months started to play a bit more daring with Smilla as well.
.
Very rarely – I have not finished the sentence „Ninja does not really like to play! – when he initiates play for some reasons. Sometimes even with make dogs and I am super happy when it comes to that.

Eine Antwort auf „Does Ninja like to play? . In a nutshell, no. The only dogs Ninja loves to play …“