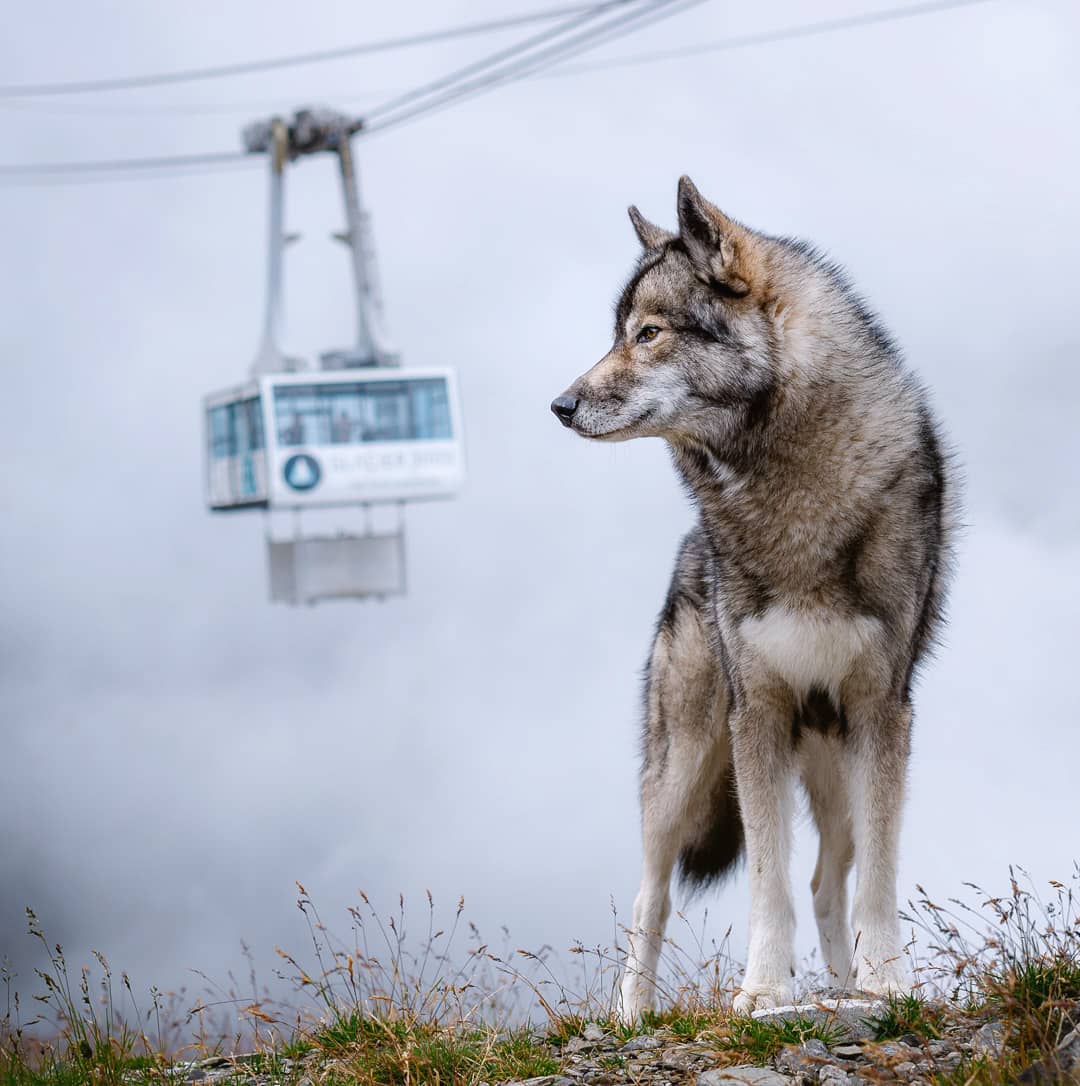 After our visit to my Homeland area at Dahn we spent a weekend close to Boltingen in Switzerland.
.
Frank, from @kaihu_und_hadez, took part in the Glacier 3000 Run. In a nutshell it is a 26km run from the valley to the top of the peak in 3000m height.
.
I took the aerial cableway 🚡, since I am lazy. It would also give me a lot of opportunities to take pictures of Ninja on the way up. This picture has been taken at the middle station at Cabane.
.
I also wanted to walk the glacier and make some pictures the peak walk. However due to the glacier run I was held back when I wanted to walk towards the glacier and when I wanted to go to the peak walk they have metal grates with spikes ( to provide grip in the icy winter ). Dogs usually dislike walking metal grates, especially when you can see the floor meters below and the ’spikes‘ that poked Ninjas paws did not make it better. There were many many people, since it was the finish of the race. Ninja felt extremely uncomfortable and I decided to scrap the idea to make pictures at the peak walk, even though they would have become great.
.
I am just very annoyed at the social media people from @glacier3000.ch as I had written mails asking if it was possible to walk to the glacier despite the race and what I would have to consider as a dog owner. The ToS and web page did not offer any information. They still have not answered any of my mails.
.
Ninja was as charming as ever and loved to be there. Many people met Ninja and he made new friends. People were more than once surprised by Ninja’s kisses. The aerial cableway driver got a special long and intensive kisses over all of his face and I was surprised that he enjoyed every second of it 🐺👅👮‍♂️
…and many people took pictures of Ninja gave him some hugs and pats.
.
If it was not for the total useless ride to the peak of the mountain ( with 80 Franken costs it is not cheap ) I would have had an even better time.
We descended to the Cabane station again and cheered at all the participants of the race.
But more about that the next days.